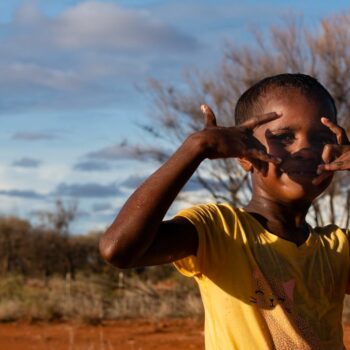 The Aboriginal and Torres Strait Islander peoples have inhabited the landscape now referred to as Australia for tens of thousands of years, effectively making them the region’s first residents. These First Nations Australians, as they are often called, have made unparalleled contributions to the current and past status of the country.

Their culture, which dates back approximately 60,000 years, and encompasses over 150 distinct languages, has left a lasting impact on just about every aspect of the current Australian lifestyle, from medicine and shelter to tools, weaponry, and cuisine. These remarkable people have left their mark from the Snowy Mountains to Eastern Victoria and just about every place in between.

Sadly, colonization of the region cost many First Nations Australians their lives, and those that survived lost something perhaps more valuable still – their livelihoods.

According to Australian History Professor Lyndall Ryan, approximately 270 frontier massacres swept the coasts of Australia over 140 years, reducing the First Nations People’s population from approximately 1.5 million to just under 100,000. As Australian Museum points out, many historians argue that this genocide is far from over and is, in fact, raging on this very day. Approximately one First Nations Person dies at the hands of law enforcement officials every 28 days, a staggering number when one considers that Indigenous People account for only 3.2% of Australia’s entire population.

The woe of Aboriginal and Torres Strait Islander People is in no way limited to genocide or police brutality. Perhaps even more disturbing still has been the historical and forcible removal of children from the home. This practice stripped future generations of their parents, relatives, and tribal identities, an abhorrent policy that continues morphing under different names while producing the same result – cultural genocide and mass oppression.

As a direct result of so-called “protection policies” that aim to erode cultural ties and erase tribal identities, First Nations Australians are now vastly overrepresented in both the prison and homeless populations. They comprise 27% of the former and 29.1% of the ladder despite only comprising 3.2% of the population.

This reflects a sweeping 12.5-point overrepresentation ratio, proving that even in modern times, Aboriginal families face death, imprisonment, and rampant homelessness at far higher rates than other sub-groups of Australians.

One of the leading factors fueling the oppression is unjust legislation that targets First Nations Peoples in cruel and inhumane ways.

According to the National Indigenous Times, it’s happening again. New rental laws target the same group of people, particularly Stolen Generations members, who were thrust into homelessness after being cruelly separated from their parents and placed in abuse-ridden institutions as infants.

“The new laws banning us from the city centre and other places is a repeat of colonial law. We can’t live under laws that restrict us from entering or doing cultural business,” explained former Perth Tent City resident and current activist Noelene Garlet, who is of Noongar descent.

No Reason Evictions, Three Strike Rules, and Hefty Housing Authority Debts are Among the Most Egregious of these Punitive Eviction Laws

Preliminary data shows 1 in 4 renters in Western Australia have been subject to “No Reason Evictions,” which are precisely what they sound like – evictions that occur without reason to the tune of great consequence for the renter.

First Nations Peoples are some of the hardest hit residents due to the extreme poverty and trauma people from the Stolen Generation have faced. A recent survey of 200 WA renters revealed that 53% of respondents were living on short-term rental leases that could be ended at any given moment without cause. The study also showed that these renters who feared “no reason evictions” were less likely to ask for repairs and more likely to be living in homes wrought with:

Even without the threat of a “no reason eviction” hanging overhead, Aboriginal families, who are currently twice as likely to be in the lower 20% of earners due to high rates of oppression and incarceration, often bear another burden – one of unfathomable debts incurred to the Housing Authority.

The Guardian details the harrowing tale of West Australia native Nannette Knapp. After being saddled with a $26,096.92 debt, Knapp fought the WA Housing Authority. The housing authority claimed she owed the funds in damages and back-rent after her son received a kidney transplant and needed ongoing care. Her son’s condition, compounded with her back injury, left her unable to work.

Knapp is no stranger to struggle.

After being ripped away from the loving arms of her parents, she endured the unspeakable conditions of government institutionalization. She was bounced around between religious missionaries and foster care facilities, all in a mission to rob her of her childhood, innocence, and identity.

To think that later in life, authority figures would try to rob her of what little she had left – her young children and their humble rental home – seems almost unthinkable. Alas, this horror unfolded.

Knapp appealed her astronomical debt in a court of law, and they ruled in her favor, reducing the debt to $4,000 from the original $26,000+ incurred. Yet even though she won the court battle, she ultimately lost the war, for she is still indebted to the housing authority and living homeless on the streets, a face amidst a forgotten crowd.

Former tenants of the Housing Authority carry an average debt of $4,936, and eligibility for future housing is hinged upon repayment. This creates an unending cycle of homelessness that is upending society. Still, resounding silence surrounds the issue.

Another punitive rental law that disproportionately affects First Nations Peoples is the three-strike law, which permits a landlord to evict if a tenant has received three strike notices for any behavior the landlord perceives as disruptive or anti-social.

Since its inception in 2011, housing advocates have harshly scrutinized this law as posing a grave threat to Aboriginal families living in public housing.

Homelessness in Australia and globally is an emphatic reminder that everything can be lost in the blink of an eye. All too often, this devastating loss starts right at home and repeats from one generation to the next.

Thrusting families into homelessness opens the door for other immeasurable hardships ahead, ranging from incarceration and child removal to unemployment, illness, injury, and premature death.

Talk To Your Legislators About Rewriting History, Starting with Today

For centuries, policies have been slated into law, designed solely to take aim at vulnerable communities in order to erase culture, force assimilation, and further oppress families and individuals. As of this writing, First Nations Peoples continue to be grossly over-represented in WA’s homeless population.

Talk to your legislators about rewriting this tainted page in history, one corrupt policy at a time.

The Arizona chapter of the American Civil Liberties Union has filed a lawsuit against the city of Phoenix to halt unannounced sweeps at a large homeless encampment called The Zone. The ACLU filed on behalf of two...

If You’re Surprised, You Haven’t Been Paying Attention When many Americans think about unfortunate people dying in poverty, they usually picture children in a far-off land staring forlornly into the camera like in some...