An Education Does Not Prevent Homelessness 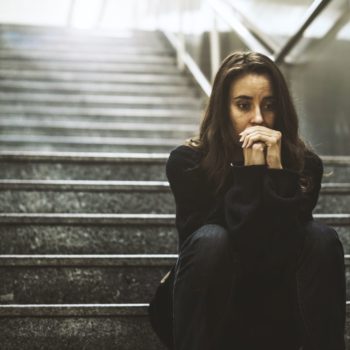 Not so long ago in American history, there was the widely held belief that a college education was the best defense against poverty and unemployment. Many still hold this belief today. A conversation I recently had with an older woman inspired this column.

For almost two decades, I have heard that college is a money pit that leaves people in debt and unemployable. Some say having a college degree labeled them “overqualified” for many jobs. Others say that they couldn’t get work in their field of study. Instead, they ended up working in utterly unrelated jobs, often unsatisfying and often for far less pay than they had hoped to earn.

I knew a man in Manhattan who had a Ph.D. in music. He hoped to work in the entertainment business, aspiring to be the next John Williams. However, after decades, he is one paycheck from homelessness and constantly struggling on the earnings of jobs totally unrelated to the music field. He once said:

“I didn’t bust my ass and pay all that college tuition to get a Ph.D. to ensure my future, just to be giving piano lessons to seven-year-old kids and living like a pauper, yet here I am.”

Over and over, we hear such stories.

The dream of college was to elevate people into a better life. For every story of success, there are how many failures? Meanwhile, the friends I had that became mechanics and plumbers did well. No college.

I am one hundred percent in favor of a good education. I believe in the original mission of attending college, which was to teach people how to think and reason and broaden their horizons with literature, language, art, and philosophy. However, today its mostly become a vocational training institution. Now people attend college to major in a field they hope to work in that is also lucrative. Rather than broadening individual understanding of the world and the people around you, it has become an investment with a financial payoff … if you’re lucky. This leaves little room to pursue an education in something one truly loves.

I remember taking career seminars in high school and being told business was a good track to a successful life. However, at the same time, many were saying that there are too many people with business degrees who can’t find well-paying jobs. They said to avoid a business degree. I’m not sure anyone can predict with absolute accuracy what will and will not be needed in the future or what degree might afford someone a lucrative career when they leave college and onwards.

The fact is, many of the people you encounter who are priced out of housing and living in tents or vehicles are college-educated and highly intelligent people. It is a myth that only people with no education end up on the streets, just as it’s a myth that anyone who doesn’t finish high school cannot be a success.

In my case, I like to consider myself a warning, a cautionary tale to parents with children on the autism spectrum. Do not try to control what the child will grow up to be. Instead, nurture your child’s special interests, leading them to where they should be.

Statistics vary, and data is never easy to gather on this topic. But it’s widely accepted that only around 20% of people on the spectrum will be gainfully employed during their life. People with special interests and skills can be enormously valuable in some fields. However, people need support and accommodation both from employers and parents to help make success a reality.

In the end, I received a Liberal Arts degree, which of course, from an employment standpoint, is pretty much useless. I did exceptionally well in all the interesting subjects I took, getting As without much effort, just as I did from nursery school through high school. Subjects I did not like were torture, and I just barely squeaked by with a C in those.

Before becoming disabled, I worked a long list of jobs that most people simply wouldn’t believe. None of it was lucrative, but some of it was at least interesting. Unfortunately, I was never able to make an affordable living. Keep in mind that when I joined the workforce at age 16 (I got working papers), there was even less consideration given to people like me than there is now. At that age, I was not yet diagnosed.

Through Invisible People, I consider it part of my mission to educate and inform, enlighten and illuminate the dark corners. I aim to break stereotypes, as well.

So, I urge you to remember that if you know one person with autism, you cannot use that one person to judge everyone. We are all different.

Some of us have sensory issues in some areas, and not others, for example. Some have co-morbidities associated with autism, but not everyone does. Likewise, not all homeless people can be lumped into the same categories either.

As hard as it is for some people to understand, not everyone homeless person is uneducated. Many are highly educated. Also, not every homeless person is mentally ill. Yes, some are. Some might develop issues as homelessness drags on into years of being unhoused. Trust me. This stress could break even the strongest back.

If these factors don’t prevent homelessness, it’s time to acknowledge anyone could be at risk for becoming homeless. This is especially true during our current housing crisis, in an environment of significant wage gaps.

We must abolish stereotypes surrounding homelessness and start recognizing it can happen to anyone. Instead, how do we correct the system and develop solutions?

For my own story – perhaps if I had been allowed to pursue my passions and interests, I might have been very successful. Perhaps I never would have ended up homeless. Even without formal education, I almost touched the sun.

My humanity called upon me to give up the opportunity and serve as a caregiver instead to an individual with Down Syndrome who I cared about. I felt it would be morally unethical to leave him to pursue my dream. Now, I will never know what might have been. I might have failed and ended up homeless anyway. In the end, I sit and ruminate on the tragedy that is my life. Disaster was set into motion before I was even born. All I can wish for now is to have never been born in the first place.