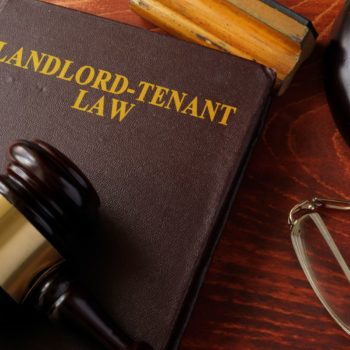 When a Bronx-based landlord purchased a building intending to raise rents, he was met with unexpected opposition. Tenants banded together in a historic move. Five years later, they might be able to purchase their apartments at meager rates.

Their extraordinary story began in 2017.

The Unexpected Makings of Homeownership: Gentrification and Escalating Rental Prices

It’s hard to imagine the South Bronx as SoBro, where hipsters gather in swank coffee houses to discuss the latest trending Twitter hashtags while snapping photographs of overpriced lattes. A place where the median home price is a jaw-dropping $885,000. This is particularly true when you consider that this region is the birthplace of hip-hop music. Its city streets are illuminated by an awe-inspiring tale of trial and triumph dripping in wax, decades in the making, one where poverty plays a pivotal role. If the former MCs of the ’90s were to catch wind of the upcoming urban development plans for the region, a stifling mic drop would surely ensue.

Gentrification is “the process whereby the character of a poor urban area is changed by wealthier people moving in, improving housing, and attracting new businesses, typically displacing current inhabitants in the process.”

In 2017, a small group of South Bronx tenants was experiencing the devastating effects of gentrification firsthand. The formerly urban ambiance of the region was getting an upscale, glamorous makeover at the expense of everyday residents with low- and middle-income salaries.

It was a creeping state of affairs, the kind of thing that sneaks up on someone and ambushes them, seemingly out of the blue. It started with pricier products being placed upon shelves in the local grocers and eventually gave way to the prospect of ritzy restaurants and luxury establishments.

The clues were all around. But it wasn’t until a new landlord named James Giddings purchased a Bronx property and began threatening massive rent hikes that the direness of this situation truly hit home.

The new landlord’s rent hikes were massive, scaling up between $400 and $1,000 per month on what mainly were studio apartment rentals. The landlord, described by some tenants as decidedly pleasant at first, claimed the hikes were necessary to keep up with inflation. However, it’s important to point out that he knew this information at the time of purchase, meaning he bought the building with the full intention of raising these rents by astronomical amounts.

The Tenants Learned They Might Be Protected Under Rent Stabilization

It was one fateful day in 2017 that the tenants, now facing eviction through gentrification, decided to meet and exchange information. This would be the first of several instrumental meetings. The goal at that time was merely staying afloat, a testament to the potential doors that unity can effortlessly open.

At this initial meeting, one tenant who had been to court with the previous landlord mentioned that if they could prove the building had not been substantially renovated (as Mr. Giddings claimed), they would be protected by rent stabilization. As a general rule of thumb, landlords of rent-stabilized apartments in New York City are only permitted modest rental increases as per city standards.

This became the first goal as these anxious tenants rallied around a table full of plans. Over the next five years, more meetings would unfold, and new support would shift the odds in their favor.

This group of tenants fighting to stay afloat quickly learned to harness the power of one another. They hailed from different employment backgrounds – teachers, photographers, writers, nurses, chefs, etc. Their stability was threatened multiple times.

While some had more to lose than others, this resilient group never wavered or gave up. Due to the low-income status of some at-risk residents, they qualified for legal representation.

They faced five years of veiled threats from the landlord and legal red tape. There were times when only the pandemic-fueled eviction moratorium stood between them and the desolate state of homelessness. Through the unexpected assistance of a nonprofit organization, they finally qualified for Housing Development Fund Corporation co-op, a program that allows tenants to purchase their housing units for a nominal price.

At this writing, some of these unified tenants could own their homes by paying just a couple of thousand dollars.

Unified Forces and Excellent Timing. A Win for these Tenants, but What About Others Facing Similar Predicaments

In the end, this story speaks volumes of the power of unified forces in the face of power. But there are other factors to consider.

It’s important to point out that the lawyer representing these tenants expected a strong case partly because the landlord did not possess a vast portfolio of properties. Much of this case hinged on the now-defunct eviction moratoriums, which is also of note.

Unity is a stepping stone, and victory deserves celebration. But the stars shouldn’t have to align ever so precisely for tenants to sidestep enormous rent hikes or cancellation of leases that often open a doorway into homelessness.

Discuss Affordable Housing with Your Representatives

Nationwide, we are knee-deep in so many crises it can be hard to keep track. Among these is the affordable housing crisis. There is a shortage of over 615,025 affordable homes in New York alone, as per the National Low Income Housing Coalition.

For many top-tier real-estate firms, affordable housing comes at the expense of safety, with faulty wiring and building violations falling through the cracks. More than 30% of New York City residents spend more than 50% of their salary just paying rent.

Contact your legislators about reviving the dwindling dream of homeownership for future generations and curbing homelessness by way of eviction in the process.