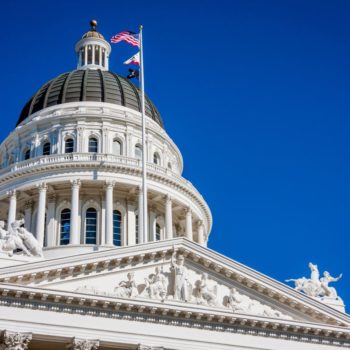 A recent audit found California could do more with its excess state-owned land to create affordable housing.

The audit focused on Executive Order N-06-19, which Gov. Gavin Newsome signed in 2019. The order directed the Departments of General Services (DGS) and Housing and Community Development (HCD) to identify tracts of state-owned land that could be used to build “innovative [and] cost-effective housing projects.”

The audit found that the executive order has been “effective in its intent” and could pave the way for the construction of more than 32,000 affordable units over the next several years. However, the audit also found that the state has been slow to release properties for long-term leases and affordable housing development, which could hinder the overall effectiveness of the order.

Of the 92 total properties DGS plans to release, the Department has only released 17 as of late March. Furthermore, the agency said it could take more than seven years to release the rest of the properties it has identified for redevelopment.

California’s struggles to create affordable housing for its low-income earners were thrust into the spotlight during the pandemic as home prices and rents soared across the state.

Data from Zillow shows that California’s average home value currently stands at more than $758,000, representing a 25 percent climb since the pandemic began in February 2020.

The rental market in California isn’t doing any favors for renters either. Richard Green, Director of the USC Lusk Center for Real Estate, said the state’s rental market “is the least affordable it’s ever been.”

According to the Federal Reserve Bank of St. Louis, one reason for the swelling rents is that California has an extremely low rental vacancy rate, which was measured at 4.3 percent last year. This helped push rents in places like the Los Angeles metro area up to more than $2,600 per month, according to data from RentCafe.

According to data from the California Housing Partnership (CHP), more than 78 percent of low-income Californians are considered “extremely housing burdened,” meaning they pay more than 50 percent of their income on housing expenses. Meanwhile, CHP found that the state has a shortage of more than 1.2 million units for people at this income level.

“A lack of affordable housing correlates with a significant increase in the number of people experiencing homelessness, which negatively affects both adults and children,” the audit said.

One reason why the law needs to be updated, according to the audit, is that the original executive order did not establish a timeline for DGS to offer the properties for redevelopment.

Given its staffing levels, the agency said it can release approximately 10 to 12 properties per year. The audit said that increasing the release schedule to 15 per year could remove as much as two years from the overall timeline.

The audit also named the condensed timeframe under which DGS employees were required to identify potential redevelopment sites as a concern. Newsome’s executive order required DGS to identify all potential properties within three months of becoming law. This required the agency to lean on the professional opinions of its staff rather than verifiable metrics.

While this approach was not unreasonable, the audit said DGS did not review or consider several eligible properties until they were contacted by the audit team. One property was owned by the California Department of Education and had a large parking lot. Another four properties reviewed by the audit team seemed to warrant additional consideration.

DGS also did not contact the University of California and California State University to see if they have any land that could be redeveloped, even though the duo owns more than 50 parcels across the state.

“Contacting these and other agencies regarding potentially viable parcels it identified during its review may allow DGS to identify additional affordable housing possibilities,” the audit said.

The pandemic proved we need to rethink housing in America. We need solid affordable housing goals that can help create as many units as necessary to meet the growing demand for housing.

Contact your officials and representatives. Tell them you support creating strong land-use guidelines that spur affordable housing development. They have proven effective at building housing for people at all income levels, which is the first step to ending homelessness.

An Ambitious Mixed-Income Housing Project Is Coming to a Storied San Francisco Spot with No Warning of its Risks Midway through the San Francisco-Oakland Bay Bridge, a little off-ramp will take curious motorists down to...

You arrive miraculously on time to work to find stacks of paperwork decorating your desk. You learn that your reliable co-worker has COVID and cannot come in to work for a week. Your other five colleagues quit three...