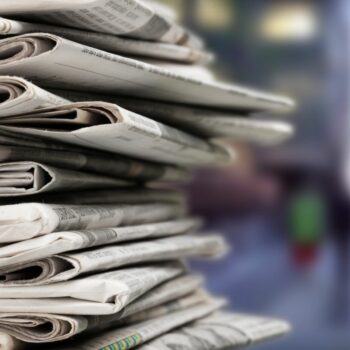 In Canada, much like in the United States of America, media serves as the primary source for most people’s homeless education and news. Unfortunately, but also unsurprisingly, an investigation into Canadian news sources shows that “homeless people are excluded from full participation both in defining and finding solutions to their problems.”

Furthermore, Canadian media repeatedly portrays people experiencing homelessness “as legitimate objects of scrutiny, regulation, and control” rather than as people worthy of equal rights to freedoms.

Homeless Hub recently published the study “Representations of Homelessness in Four Canadian Newspapers: Regulation, Control, and Social Order.” The study featured the findings of Ph.D. holder Barbara Schneider of the University of Calgary, who specializes in media representations of homelessness. Fellow academics Professor Darrin Hodgetts and Professor Kerry Chamberlain, who excel in qualitative research and cultural studies, also contributed to the study.

According to these professionals, news media is primarily to blame for many misunderstandings regarding our neighbors without walls. But you don’t have to take them at their word. The public’s opinion, largely reflective of this negative portrayal, speaks volumes.

When Canada Speaks, It Speaks Ill of People Living Without Homes

In 2011, The Salvation Army funded a continuously running research program to examine public opinion on poverty and determine how well that opinion lined up with the facts.

One of the studies, entitled “Canada Speaks,” showed that what Canada has to say about its homeless population is not only negative but also emblematic of what many news corporations have put into print on the subject. Indeed, everyday people are merely echoing the media’s sentiments.

According to the findings, the following data emerged:

To shed a little light on this incredibly dark subject, here are some cold, hard truths about homelessness that counter these nefarious beliefs.

On the bright side, this same study concluded that 93% of Canadians concur that nobody, for any reason whatsoever, should have to endure homelessness. The misunderstanding is not what’s written in the survey results but in what is between the lines.

In The Journal of Sociology and Social Welfare’s lengthy expose, researchers determined that several key newspapers portrayed members of Canada’s homeless communities in a stereotypical, negative, or otherwise inaccurate light. Some key trends shown in the data were as follows:

In closing, the authors of this study are urging the media to reframe the current narrative on homelessness for the sake of social justice and reform. The paper suggests that “Journalists could write differently, audiences might think differently, and policymakers might then respond differently.”

Given the increasingly heavy influence that all media plays in our lives and minds, the above scenario is entirely feasible.

Get the Word Out by Talking to Your Representatives about Homelessness

With newspapers in digital and physical circulation, TV shows and Tik Tok videos keeping us all online, social media outlets promoting a never-ending cycle of social justice movements, and the clock on homelessness ticking by the minute, there’s never been a better time to speak up for our neighbors without walls. Contact your local representatives today.

Homelessness among older adults continues to increase. Knowing how many older adults are experiencing homelessness on a national level is a critical first step in helping them. To improve the national response to...

Another Example of the American Justice System Being Anything But Just As you may have been able to tell from the title, this article will discuss violence, including sexual violence against a minor. If you’re not in an...

A Catastrophic Storm Swept the Coast of Florida Last Week, and People Experiencing Homelessness Are Likely to Be Left Out in the Cold, Again. Diane Yentel, President and CEO of the National Low Income Housing Coalition...