Cities Try (and Fail) to Stop Homeless Shelters from Being Built 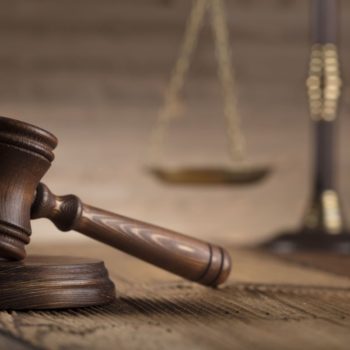 Cities have tried and failed to stop homeless shelters from being developed in their jurisdictions. Meanwhile, the skyrocketing cost of living puts more people at risk of experiencing homelessness.

In mid-December, the U.S. District Court for the Western District of North Carolina ruled that the town of North Wilkesboro’s Board of Zoning Adjustment unconstitutionally denied a permit to build a homeless shelter.

According to the lawsuit, the Board denied the permit even though the city’s zoning code allows for 128 different types of businesses to be developed at the site. Moreover, the lawsuit accused the city of preventing the Barber Shelter, a private charity that has operated in North Carolina for more than three decades, from using its property to help others.

Judge Kenneth Bell reasoned that the Board’s denial violated the Equal Protection Clause of the 14th Amendment because the city could not articulate a “rational basis for differentiating the Shelter from other uses that do not require a conditional use permit,” according to the court ruling.

The ruling comes as North Carolina’s Northwestern Continuum of Care, which includes data from North Wilkesboro, counted 171 people experiencing homelessness last year. That’s a 37 percent increase in homelessness from 2019, according to the North Carolina Coalition to End Homelessness.

“The Barber Shelter should have never needed to file a federal lawsuit to open at this location,” said Alexa Gervasi, an attorney for the Institute for Justice. This nonprofit public-interest law firm represented the Barber Shelter. “North Wilkesboro should have recognized all along that the location is perfect for a homeless shelter rather than violating the Constitution by making up reasons to deny a permit.”

While the case in North Wilkesboro represents the latest attempt by cities to limit services for people experiencing homelessness, it may not be the last.

In Salt Lake City, Mayor Erin Mendenhall introduced a temporary ban on new construction of homeless shelters in the city’s Ballpark neighborhood for six months. A report by Building Salt Lake suggests that the move is designed to give the state legislature, which reconvenes in January, time to work out new protections.

The order left room for temporary shelters to be approved, like a Ramada Inn on the city’s north side that Salt Lake City Council approved to become a shelter for 250 individuals in mid-November.

Denver residents have sued the local Board of Zoning Adjustments on three separate occasions to try and get rid of the city’s temporary safe outdoor spaces. These spaces are city-sanctioned campsites where people experiencing homelessness receive resources, services, and access to social workers and employment opportunities.

The residents have argued that the Board illegally approved the safe outdoor spaces and that the body didn’t solicit input from residents before approving the necessary zoning variances.

Denver recently expanded its total number of safe outdoor spaces to four, which can serve approximately 200 people on a given day. The city also opened its first outdoor space on the Denver Department of Human Services campus, marking the first time public land in the city has been used for this purpose. All the city’s other outdoor spaces are on private property.

But it’s not all doom-and-gloom for housing advocates who are trying to provide more shelter for people experiencing homelessness this winter.

The proposal follows the Washington Department of Human Services estimates that suggest the state could see a two percent increase in homelessness this year. That means approximately 152,000 people in Washington are at risk of experiencing homelessness.

Meanwhile, cities like St. Paul, Minnesota, and Brackenridge, Pennsylvania, are looking for creative ways to provide additional shelter options during the cold months.

St. Paul’s Planning Commission relaxed its rules governing the operation of the day and overnight shelters in its jurisdiction back in August to make it easier for the two entities to operate in close proximity. The Commission approved the new rules despite pushback from the local community.

The Brackenridge Zoning Board also approved a plan to turn a former personal care home into a temporary shelter for people experiencing homelessness back in October. The shelter will welcome individuals and families and can serve up to 30 people, according to a report by TribLive.

“Maybe people aren’t aware, but we have people in our school community who sleep in their cars,” Misty Wood, a former president of the Highlands School Board, told the newspaper. “This shelter is commendable, necessary, and, ultimately, beneficial to the community as a whole.”

The pandemic proved we need to rethink the way we address homelessness. Not only are more people at risk of experiencing homelessness, but solutions to the problem seem more distant than ever before.

Contact your representatives. Tell them you support keeping many of the pandemic-related aid programs in place for future use. They have proven effective at keeping people housed, which is the first step to ending homelessness once and for all.