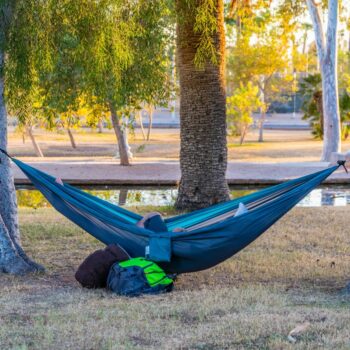 The Arizona chapter of the American Civil Liberties Union has filed a lawsuit against the city of Phoenix to halt unannounced sweeps at a large homeless encampment called The Zone.

The ACLU filed on behalf of two residents of the Zone, Faith Kearns and Frank Urban, and the Fund for Empowerment, a Phoenix-based homeless advocacy nonprofit, against the city itself, former Phoenix Police Chief Jeri Williams, and Interim Chief Michael Sullivan. Filed Nov. 30 in federal court, the suit alleges the sweeps violate the plaintiffs’ Fourth, Eighth and Fourteenth Amendment rights. It also alleges amendment violations for citations that clients received for defying city and state regulations on jaywalking, camping, and sleeping in public.

In the complaint, attorneys for the plaintiffs accuse the defendants of criminalizing homelessness rather than finding an adequate solution to the affordable housing crisis.

“The purpose of these raids is to discourage individuals experiencing homelessness from sleeping in the city and to push them to other surrounding municipalities surrounding Phoenix in the county,” the complaint reads. “The city has used these raids to address the rise in those experiencing homelessness to divert criticism for failing to adequately provide both emergency and permanent housing.”

The suit is highly critical of Phoenix’s failure to act in the face of the housing crisis.

Homelessness has skyrocketed in the city, more than doubling since 2010. Unsheltered homelessness jumped 34 percent since 2020.

Meanwhile, Phoenix received $99.5 million in federal funding through the American Rescue Plan Act for affordable housing. Maricopa County allocated another $16 million for temporary shelter, heat relief, and additional services for unsheltered homeless. The city has spent less than 10 percent of the federal funds and less than 5 percent of the county money.

“Meanwhile, temperatures during the summer averaged 106?, contributing to the deaths of over 100 unsheltered individuals,” the suit contends.

Instead of offering a permanent solution to the affordable housing crisis, the complaint says the city of Phoenix has enlisted its police force to “wage a campaign of raids called ‘clean sweeps.’” In doing so, the city is criminalizing, punishing, and scattering “this population based on their status as unsheltered despite the City’s knowledge that these individuals have nowhere else to go given the dearth of affordable housing and emergency shelter space.”

According to the complaint, people subjected to sweeps are roused from sleep, sometimes as early as 3 a.m., and told to pack up their belongings. They’re given just minutes before cleanup crews come in with rakes, garbage backs, loaders, and trucks to dispose of what people cannot grab. Personal belongings left behind often include clothing, medication, sentimental items, vital records, and identifying documents.

No prior notification of the sweeps is ever provided to the residents of the encampments, nor is a warrant ever presented. The sweeps have become such a common occurrence that plaintiff Frank Urban told his attorneys that “his possessions have been thrown away so many times, it is difficult for him to remember dates for each incident as they all ‘blend together.’”

While raids are being conducted, police issue mass citations for jaywalking and violating the city’s sleeping and camping bans to the same people whose belongings they’re trashing.

The ACLU suit isn’t the first legal battle the city of Phoenix is fighting over its failure to address unsheltered homelessness adequately. The Phoenix Police Department also faces an investigation by the United States Department of Justice.

Under the auspices of the Violent Crime Control and Law Enforcement Act of 1994, The DOJ is investigating complaints of excessive use of force, illegal seizures and destruction of personal property, and other practices of “discriminatory policing” against people experiencing homelessness.

In addition, another lawsuit was filed in Arizona State Supreme Court in August by a group of business owners and residents accusing the city of creating an environmental hazard and public nuisance by failing to clear out The Zone.

“The city has not only permitted this illegal conduct and maintained it on public lands within its control, but it has also encouraged it through a policy of directing other homeless persons from around the city to The Zone.”

It is in response to this lawsuit that police in Phoenix are expected to start “enhanced” sweeps of The Zone this month. However, there remains no other place for unsheltered homeless people to go. The ACLU suit points out that other cities in Arizona have stopped sweeps like this in compliance with the Martin v. Boise decision. Phoenix, however, is plowing ahead.

“In sum, rather than confront its housing crisis head-on and invest in sustainable solutions to homelessness, the city is terrorizing the very people it should be helping,” the complaint states. “The city is knowingly penalizing unsheltered residents for engaging in unavoidable human activities like sleeping and sheltering from the elements. Additionally, it is unlawfully seizing and destroying their personal property in an attempt to push the unsheltered out of the city all to avoid implementing alternative solutions which could provide relief to unsheltered individuals.”

If You’re Surprised, You Haven’t Been Paying Attention When many Americans think about unfortunate people dying in poverty, they usually picture children in a far-off land staring forlornly into the camera like in some...

Raymond Weatherspoon, 66, spent more than 20 years traveling across the U.S. building skyscrapers and power plants before he retired in 2016. But soon after that, his path toward stable housing took a few twists and...