Compassion Found on the Road of Mobile Homelessness

There is a particular gas station that I use regularly. There I have met other mobile homeless dwellers from time to time. The other night, I had a truly wonderful encounter worth sharing with my readers.

A dusty, older-looking SUV pulled up to the pump on the other side of mine. I was washing my windshield at the time. The vehicle was so dusty that I couldn’t tell what the license plate looked like, but it looked out-of-state. The driver got out and commented about the cost of fuel, engaging me in a conversation. He told me he had traveled around the country for the last few years. He identified as a nomad. I had suspected he, too, was experiencing mobile homelessness. “It takes one to know one,” the saying goes.

We spoke a bit about places to park overnight in the area safely, and I told him about a few of my favorite spots. He then told me that he had asked police when he arrived in this area if they could recommend a safe place to park. He said he had done this all over the country, and the police were helpful and pleasant to him. However, when he asked in my area, he said they were immediately hostile toward him and told him there was nowhere to stay overnight in his vehicle. He needed to get a hotel room! He was shocked, but I said, “Welcome to New York.”

It hardly surprised me that he was treated so badly here.

Here we have a man who has been priced out of the housing market. He is forced to live in his vehicle, into mobile homelessness. Rather than stay in one spot, he has chosen to move around. He is not disabled and doesn’t have to worry about the things that I must, like my scooter being charged or running the CPAP every night, requiring a charged battery every time it’s used.

Retired and on a fixed income, he has been able to live simply, travel to a different town or state each month, and see the country. He has made lemonade from lemons.

Working up until he retired, he shared that he lived with his elderly mother and cared for her for almost ten years until she was too ill to stay home. Once she went into a nursing home, she didn’t live for very much longer. He was not financially well off and could not keep the house he and his mother shared. Having a roommate was not an option as it was a small trailer home, and he didn’t want to try to find a stranger he would feel comfortable with. I can hardly blame him.

Even with a roommate paying half, his finances wouldn’t allow him to keep the house and maintain a vehicle. Like me, it came down to deciding to live where you drive. It’s a logical conclusion, especially in an area with a very poor public transportation system.

I told him that my last home was actually the home of my friend’s mother, who I helped care for starting when she was 94 until over 100 years old when she died. I loved her very much. She was like having a grandmother again.

I wasn’t physically able to be her sole caregiver. She needed more care than that as she was non-ambulatory and required a Hoyer lift and wheelchair, and I am disabled. Much of my job was food prep, keeping her bathed and clean, and entertaining her.

We traded stories about elder care experiences and memories of the people we cared for.

I mentioned how important the last Christmas with my lady had been. She was in good spirits despite being so sick and exhausted. We made sure that she had the best holiday possible as we knew it would likely be her last. Having outlived her daughter (who had been my dear friend), she had only her aides left as family.

The man told me how much his mother loved the Christmas season. Then he went into his vehicle and brought out a Christmas teapot and said, “I would love for you to have this. My mom served tea from this pot at dessert.” 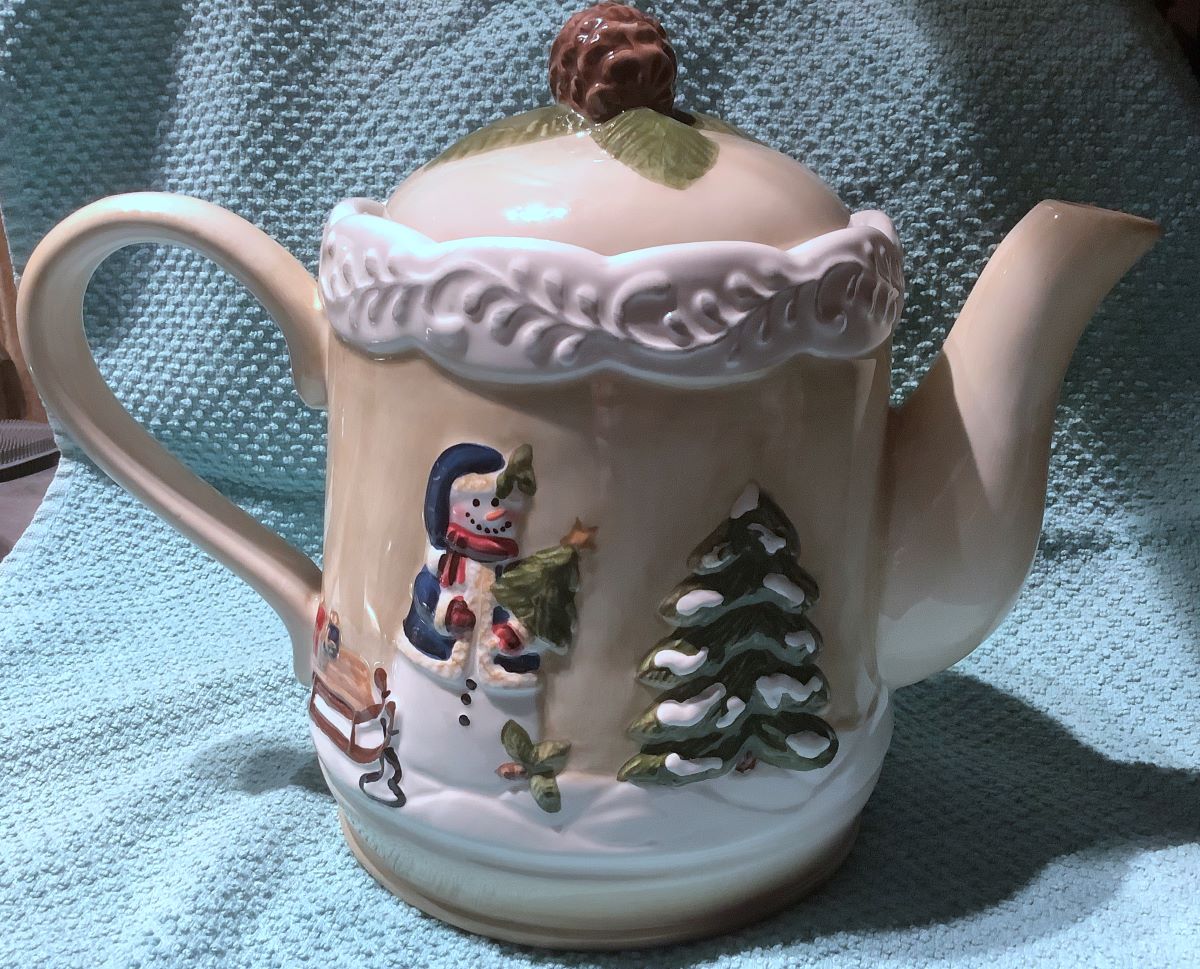 Then he revealed that he had been driving around with a box of stuff from his old house under his cot and found people to give things along his journey. I thought that was an incredible idea. Anyone who knows me knows I am always giving stuff away to others.

He admitted that vehicle life has many miserable aspects. It is not very cheap as people often think it is. Often, he wishes he had a regular place to shower and a comfortable bed. But, he feels the experience has been worth it overall because he has seen the country and met many people.

He said he stayed at state lands and forests, beaches, and deserts. Despite experiencing mobile homelessness, he’s seen many amazing landmarks, too.

I found his story moving and beautiful, and I wanted to share it with you, my readers. So often, the lived experience columns are full of sadness. Though this story has its depressing elements, it’s also uplifting. Sometimes things happen, or we meet people who come bearing gifts or lessons, and we can’t know at the moment what they mean or why they happened. In hindsight, we may.

And so, I put the teapot in a plastic tub marked “holiday stuff” in my storage place. I hope that one day, I might serve tea to friends with it, hopefully in my forever home – a little cottage covered in snow in the woods.

As the economy worsens and more people are priced out of housing and into mobile homelessness, I don’t believe I will ever be housed again. But it’s a nice dream. Believe me. If you live through what I have, you can appreciate the simplistic pleasure of having a kitchen to make tea in a teapot.

The Aboriginal and Torres Strait Islander peoples have inhabited the landscape now referred to as Australia for tens of thousands of years, effectively making them the region’s first residents. These First Nations...