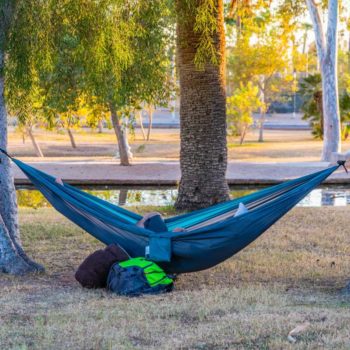 The Department of Justice (DOJ) has opened an investigation of the Phoenix, Arizona Police Department (PPD) for allegedly depriving people experiencing homelessness of their civil rights.

According to the announcement, the DOJ is looking at excessive uses of force, illegal seizures and destruction of personal property, and any other practices of “discriminatory policing.”

Authorities are conducting the investigation under the auspice of the Violent Crime Control and Law Enforcement Act of 1994. The law prohibits law enforcement agencies from depriving individuals of their Constitutional rights and allows the DOJ to hold police departments civilly liable for misconduct.

“Police officers across the country must use their authority in a manner that adheres to the Constitution, complies with federal civil rights laws, and respects human dignity,” Assistant Attorney General Kristen Clarke said in a press release.

Local activists say there are several examples of police officers misusing their power within Maricopa County, Arizona. However, one case may have helped persuade the DOJ to open the investigation.

In 2016, Muhammad Abdul Muhaymin, 43, was experiencing a spell of homelessness when he was taken into custody by the PPD at the Maryvale Community Center for taking his small dog into a public restroom.

According to a lawsuit filed by Muhaymin’s sister more than a year later, officers arrested Muhaymin after running a records check that returned an outstanding warrant for him. Allegedly, the officers forcefully arrested Muhaymin, who placed their body weight on him to restrain him.

Muhaymin was able to tell officers, “I can’t breathe” shortly before going into cardiac arrest, the lawsuit says. An officer tried to resuscitate Muhaymin but was unsuccessful.

Since then, The Arizona Republic has reported on several tense interactions between people experiencing homelessness and the PPD.

“Every Monday, Wednesday, and Friday morning, Phoenix Police officers and city sanitation workers descend upon the large homeless encampment outside the Human Services Campus near downtown Phoenix for mass cleanups that sometimes end with people’s possessions in a dumpster,” one report reads.

Eric Tars, Legal Director of the National Homelessness Law Center, said the investigation “should put lawmakers and enforcers on notice.”

“With this announcement that the DOJ will be specifically including treatment of people experiencing homelessness in their civil rights investigations, the Justice Department is building on its statement in our Martin v. Boise case affirming that criminalizing basic, life-sustaining behaviors like sleeping and sheltering oneself in the absence of adequate alternatives is unconstitutional,” Tars said.

Research shows these policing tactics often exacerbate racial inequities within communities. For example, Black people make up just seven percent of the population in Phoenix but account for 27 percent of the city’s homeless.

Elizabeth Venable, Treasurer of the Fund for Empowerment, a capacity-building nonprofit, said the practices of the PPD to “seize and destroy homeless people’s personal property” constitutes “a pattern and practice” worthy of federal review.

“The police literally trash people’s belongings and then at times order them not to touch or recover those belongings lest they be arrested. People who do not move their belongings quickly enough during sweeps may both lose belongings and get criminal charges,” Venable added.

Phoenix Mayor Kate Gallego said in a statement that she welcomes the federal investigation. She said the results from the review “will assist us in our ongoing efforts to become an even stronger, safer, and more equitable city.

Meanwhile, Phoenix Police Chief Jeri Williams told NPR that “Any police department has room for improvement; mine is no different.”

A Waste of Taxpayers’ Money

However, the investigation might prove that the way some cities address homelessness both wastes public funds and often treats people experiencing homelessness inhumanely.

Steve Berg, vice president of programs and policy at the National Alliance to End Homelessness, recently told AZ Central that these cleanups are common across the U.S. However, they aren’t always as disruptive as what has occurred in Phoenix.

“Some places do it in a way that’s really humane, and people who are in encampments feel like life improved as a result,” Berg said. “Others do it in a way that is not humane at all and doesn’t really solve any of the problems and just makes things worse.”

Now is not the time to be silent about homelessness. The United Nations says homelessness is a global human rights violation, especially in countries like the U.S. with adequate resources to end the problem. The pandemic proved that government programs could make a life-altering impact on people experiencing homelessness when given the opportunity.

The way local leaders address homelessness is essentially a function of the feedback they hear from the public. That’s why we need you to contact your leaders and tell them you support legislation that provides: