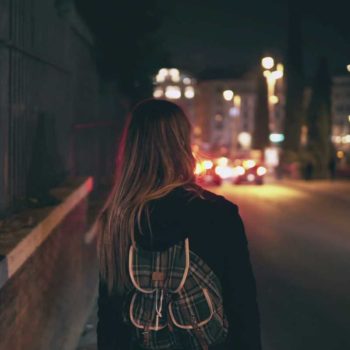 This isn’t the first time. It’s at least the third. I suppose my ex-landlord wanted to award me a break during COVID. Perhaps he thought I might have other more important or pressing things to worry about in my life, such as my loved ones dying. But alas, capitalism doesn’t wait or care about human life, and much of the time, neither do landlords. (Or maybe he just assumed I didn’t have any money at the time.)

Five years ago, I went to court with my former landlord, who committed the following cruelties:

After all of this was over, I was homeless. I stood my ground, and I fought for as long as I could, but I still lost everything. I lost my home, my cat, all of my belongings, and my entire life. In exchange, I pretty much just got nothing but trauma and medication, that kind of works.

And of course, as soon as I found housing, he started coming after me again. It’s probably because I dragged him through court for ten months and did not pay a single penny (which I didn’t even have to give). I still have no intention of giving.

And, honestly, after being through hell and back, it still surprises me. I can’t even imagine how a human being can be so lacking in humanity to come after a formerly homeless young person several years later to try and sue for anything he can get from me. Again.

But then I remembered, he and I are not the same.

I would never in my life put someone through this. I would never wish homelessness on anyone. It is resilience, a survival you do not want to learn. Nobody deserves to feel what it is like to be homeless. I couldn’t live with myself.

My landlord is rich. The concept of what any of this even means is so far from his world that he can’t even fathom what it’s like to be on this side. Perhaps that doesn’t make it his fault. But his actions surely don’t put him on our side. He is certainly not an ally to poor or homeless people.

I have spent the last three years trying to recover, heal and get my life back. I’ve been trying to close that door, which I had no intention of ever opening again.

While I got my life back, it never goes back to the way it once was. Even after meeting a kind woman who provides me stable housing and securing a stable job with a union that protects me, I still think about him. I still think about then and what this single person can do because he has enough money to do it.

I’m transported back to the most traumatic time in my life. It takes so little to make me feel like I’m still there, powerless in the grand scheme of things.

Even after several years of therapy, of trying different medications – none of it can make up for the kind of world where we live. Therapy can’t heal the trauma caused by poverty. It can’t get ahead of income inequality, the lack of affordable housing, or the kind of world we’ve created.

This is all caused by men like him, who buy up all the land and make us pay a lot of money to live on it.

We can’t therapy our way out of living in the late stages of capitalism. And, frankly, we shouldn’t need to.

There is no excuse for any human being or corporation to own a ridiculous amount of property. There’s no excuse from them to prevent the rest of us from owning property, our own home. They should not be able to force extremely high rent upon us as we try to survive, and in the same swipe, force millions into extreme poverty.

He wants to keep reminding me that he has found me. If he knows where I live, he probably knows I write for Invisible People. He’s probably read my articles, and he’ll probably read this one.

I could say I feel a little brave at this moment – writing and sharing this with all of you. But I have made an enemy with a powerful and rich man.

To this day, whenever I see a man that looks even a little bit like him, my heart starts to race. I freeze in my footsteps before quickly making my escape, usually in tears. The thought that he’s been around here, and keeps coming around here, terrifies me.

I won’t let him keep me from leaving my house or living my life, either. He will not do it to me again. Finally, I know he can’t. He doesn’t have that kind of power anymore.

And if writing this helps me, or you, even in the slightest way, then I will do my best to keep writing.