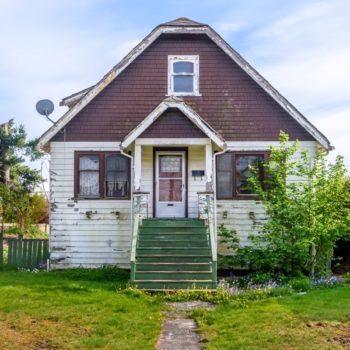 Municipal home repair programs are critical to preventing low-income households from experiencing homelessness. But new research shows these programs often do not reach the households that need them most, putting millions at risk of losing their homes.

Harvard’s Joint Center for Housing Studies (JCHS) is a nonpartisan policy research cohort. It reports that nearly every city in the country has a municipal home repair program designed to address emergency and chronic needs. These needs include structural, mechanical, or electrical repairs and replacements.

The JCHS team analyzed more than 113 municipal home repair programs in the nation’s 100 largest cities between the fall of 2021 and early 2022. It found that more than half of the cities have loan programs for home repairs, while another one-third of cities fund repairs through grants.

However, the research also found that “none of the programs have sufficient funds to meet the needs of all homeowners residing in their jurisdictions who qualify for assistance.”

This comes as the home remodeling market is set to see one of its best years on record, according to JCHS’ Improving America’s Housing report. According to data from the 2019 American Housing Survey, spending on remodeling projects ranges from more than $2 billion in moderately affordable markets such as Cleveland, Ohio, and Memphis, Tennessee, to $7 billion in markets like Chicago and Los Angeles.

One issue preventing many low-income households from accessing municipal remodeling program funding was that the “scope and availability” of the programs varied widely across the country.

For example, 82 percent of programs analyzed used the Department of Housing and Urban Development’s income guidelines to determine funding eligibility. This requirement gave eligibility to households earning as little as $60,000 per year in Houston, Texas. Meanwhile households in San Jose, California, were eligible for up to more than $169,000.

For instance, 36 percent of programs had an annual operating budget of less than $500,000. Another 24 percent had funding of up to $1 million, while 40 percent have $1 million or more of funding.

Regarding average funding per household, most cities reported spending less than $20,000 on repairs. One-third of city programs spent between $10,000 and $20,000 per household. Another 29 percent spent less than $10,000.

Access to environmental hazard remediation programs is crucial for low-income homeowners. This group often lives in sub-standard or inadequate housing. The latest American Housing Survey shows that more than six million homes across the country qualify as substandard. The housing market has struggled to provide safe, affordable options for these homeowners.

According to HUD’s Worst Case Needs report from 2021, the U.S. housing market only produces 62 affordable units for every 100 low-income households. The pandemic greatly impacted the agency’s ability to provide housing for the lowest-income group by driving up the cost of housing and dramatically slowing construction progress.

Data shows substandard housing increases the risks of mental health challenges and illness. These health challenges can significantly strain the monthly budget of any household, but most especially those with the lowest incomes. Without more flexible remodeling policies, these households face increased risks of losing their home.

The pandemic proved that we need to rethink housing in the United States. It also showed providing additional support and protections for low-income homeowners reduces future increases in homelessness.