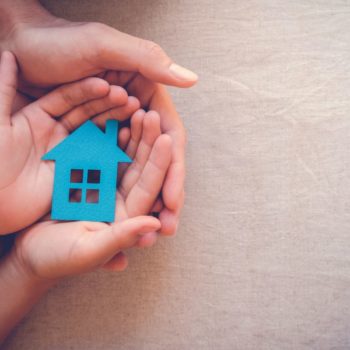 Homelessness is a systemic issue. To solve it on a large scale, we need systemic change. We often think of that as lobbying politicians until they agree to implement state and federal-level programs that address the affordable housing crisis, which is the root cause of homelessness.

But those changes take time, time that not everyone currently living on the streets has to spare.

So, some people are taking individual action, forming communities, and getting things done for themselves, by themselves. They’re working within the system to challenge the way the system works. Homefulness is one such group.

It Takes a Village

On some level, most of us understand that it takes collaboration and interdependence to form a truly resilient, respectful community. But too few of us have moved past the individualistic lifestyles that our current society encourages. Homefulness is a community of people doing just that.

In East Oakland, part of California’s Bay Area and one of the most dramatically gentrifying areas in the country, a simple row of tan stucco townhomes stands in defiance to all of that, daring developers to move in any closer.

The simple, safe, and secure housing might not look special. But looks can be deceiving.

This is Homefulness, an eight-unit building offering permanent, rent-free housing to unhoused families and elders. It’s the headquarters for a brewing poor-people-led revolution.

The minds behind Homefulness are pushing for an end to the all too common “about us, without us” model currently being used to address homelessness. Instead, they use a revolutionary village-based model that is starting to catch on in more places across the nation as people wait on widespread government action that isn’t coming soon enough.

The Homefulness house was built by its residents and volunteers with financial support from donors eager to redistribute their resources. This hands-on approach allows the people in the community complete control over designing and creating a space that works for them. At the same time, it meets all of their safety, security, and accessibility needs. It also allows community members to build sweat-equity in the project through their own contributions and to see it grow as everyone pitches in what they can.

It’s a point of pride for the organizers that they built the project without the aid of any government funding or traditional philanthropy. Founder Tiny Gray-Garcia tends to favor a more direct approach. She has been known to knock on doors in wealthy Silicon Valley and politely ask the occupants if they’d be willing to part with any extra cars, homes, or cash they may have in service to the cause.

This strategy, along with others, has been surprisingly effective in allowing Homefulness to execute its plans and support its community.

Other projects supporting the operations and the community include POOR Magazine, headquartered in the same location, and a pop-up café on the sidewalk outside Homefulness every Thursday where neighbors can come and eat and pay what they can.

Navigating Bureaucracy as a Poor Collective

It probably goes without saying that the path to achieving this dream of a rent-free living space for low-income folks from all walks of life was not always a smooth or easy one. Various fees, permits, and other types of red tape held the process back for years.

Shockingly, though the building of the actual house began in 2011, it was only this month, eleven years later, that Homefulness was able to have a last-minute $40,000 fee from the city of Oakland waived.

The housing has not been able to operate at its full occupancy level because of this constant onslaught of fees. To add insult to injury, this latest fee was an “affordable housing impact fee” designed to collect money from real estate developers building new, high-end living spaces and use it to fund affordable housing initiatives in the city.

Did no one on the Oakland city council see the irony in trying to charge this fee on a project that was literally creating its own affordable housing because the city’s programs had failed them? Or were they so indoctrinated into bureaucracy that they couldn’t see the forest for the trees?

Assuming no other fees crop up, this waiver will allow Homefulness to finally move more unhoused families into the units that have been sitting empty, ready and waiting for their occupants for too long.

The struggle against the red tape seems to be winding down at the Homefulness townhome. However, it’s only just beginning at the vacant lot they recently acquired to build another location.

In 2020, Homefulness bought a vacant lot in Oakland. Their intent was to develop it into more rent-free housing for formerly unhoused folks. Given their experience building the last house, I’m sure they were expecting to fight tooth and nail every step. Unfortunately, the fees started piling up before they even bought the lot.

“How is that possible?” you might be thinking. That’s what a lot of people want to know. Essentially, there is a quirk in the way officials assess taxes on vacant lots in the area. Homefulness was charged a $6,000 fee for 2019, the year before they bought the lot.

Again, officials designed this fee to fund affordable housing projects in the area. It comes with several exemptions, one of which Homefulness qualifies for as a nonprofit organization. So, due to that nonprofit status, the tax wasn’t levied in 2020. But the 2019 charge remained because the tax is charged to the lot, not the owners. So Homefulness essentially had to pay the last owner’s tax bill.

Nevertheless, despite all the obstacles thrown at them, the resilient community of Homefulness will endure and expand. Because what else can they do? For them and many others, this is a matter of survival. So they must push forward.