Homelessness in a World on Drugs 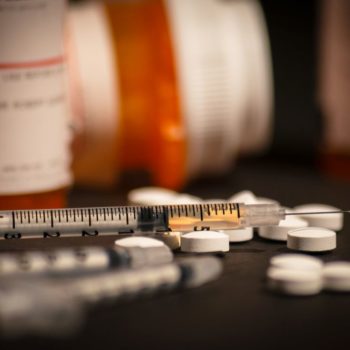 “Instead of war on poverty, they got a war on drugs so the police can bother me.”

– Late Rapper Tupac Shakur on the corruption of U.S. economics

Americans grapple with staying afloat while navigating a social structure designed for consumption. Is it any wonder that this structure is doing precisely what it’s supposed to, which is consuming? Even as drooling newborns, we are immediately immersed in consumerism. Our parents seek out the latest stroller, the hottest automatic swing, the dopest baby teething toy on the market. We watch the process with wondering eyes, taking it all in with deep, innocent breaths.

Today, in our tech-driven society, before one learns to walk or crawl, they’ve already transitioned from swaddled infant to social media superstar. The photos reach the timelines quickly. The likes, laughs, and smiley faces light up laptop screens and spark new group chats. Yet what is developing behind the wide toothless grin isn’t just a socially shared photograph captioned with hashtags, but an insatiable appetite for more attention, smiles, TV shows, and talking toys that sing the latest nursery rhymes.

Yes, we are groomed to be consumers from the moment we are born.

The nature of consumerism is toxic because it leads to a vicious cycle of pleasure-seeking, which can fuel the flames of addiction. In a thought-provoking 2004 paper, Professor of Social Science Gerda Reith explained the phenomenon with the following quote:

“In a climate like this, the notion of dependency: the idea that the consumer might not be free after all, has a particular horror and must be expelled.”

Subliminally, we’re all taught to view life as an online shopping cart. We should get out there and consume it until we are finally consumed by it. This is the kind of journey that forks at two different pathways. One leads to disappointment and the other to utter disaster. But over quiet, honest conversations, we must admit that this is part of who we are – thrill-seekers, checking the latest sales line for a discount on our best life.

Don’t believe it? Just ask the roughly 20 million Americans currently consuming and being consumed by illicit drugs. They account for more than 10% of the national adult population—addicts with veins so deep.

The opioid crisis, when contrasted with previous national drug problems, overshadows them all, even the notorious crack epidemic of the 1980s. In the ’80s, we vilified the victims. We didn’t fully appreciate that addiction is an emotional disease and were unaware of increased pressure on the modern mind. Now, we see how many millions of Americans seek relief, enhancement, or increased pleasure through intoxication. We also see how dire the issue is at hand.

We’ve learned our lesson now, or so we say.

Today, we embrace the nature of addiction. We learn to love in moderation, supporting the crisis centers and treatment facilities (so long as they’re built on the other side of town). And when we see people suffering under the weight of mind-altering substances, we don’t turn our noses down to judge them right away. We have finally recognized them as our brothers and sisters, our mothers and sons, or even the shadows of our very own pasts.

We live in a world on drugs. And we all know deep down that this is the inevitable consequence of toxic capitalism.

From a young age, we’re all taught to chase highs. We’re erroneously told this is the point. Euphoria in this life is all we can aspire to. And so, we wake up in this world on drugs. We find sympathy in our hearts for the users, most of whom have been used, and the consumers, who are altogether consumed.

Unless, of course, these addicts happen to be homeless.

When the safety and security of housing collapses, suddenly, that same addiction we viewed as an illness becomes a crime in our minds. Why?

In a World on Drugs, Is it Accurate to Cite Addiction as a Cause of Homelessness at All?

Studies show that the average person drastically overestimates the role of drug addiction in causing homelessness. The reason is unclear, although it appears to be primarily related to mass media portrayals and misleading news reports. The truth is that all of the leading causes of homelessness are related to poverty and wealth inequality, systemic failures, not personal choices. Drug addiction, as a cause of homelessness, is lower on the list than other causes. But that’s not even the most disturbing aspect of the argument.

When drug addiction was vilified, and the so-called war on drugs gave way to mass incarceration, disproportionately affecting minorities, the abhorrent viewpoint that homeless people don’t deserve houses because of addiction might have been wrong but understandable because of the confusion.

Today there is a movement to accept everyone without judgment, to hate the drug but love the addict. So, hating homeless people under the false presumption that they’re probably drug abusers isn’t just wrong. It’s also perplexing, a counterpoint in a culture that has canceled people for far less repulsive views. It doesn’t make sense to label addiction a disease when it happens to a housed person and then criminalize addiction when a homeless person struggles with it. How did we get here?

Addiction is an Issue All Its Own. We Must Therefore Separate it from Homelessness

Given the unparalleled circumstances, is it justifiable to cite addiction as a cause of homelessness at all, especially if many people go on to falsely perceive it as a leading cause? This opinion adversely influences political policies and structures its entire system around a false narrative.

Now that the stigma of addiction has been lifted, the fact that we still hold a negative view of homeless people under the guise of drugs is much more telling. The next time you see a person experiencing the horrors of homelessness and hold back on giving them a dollar because you assume they’re abusing drugs, remember that one in ten people you meet is an addict.

What you’re really judging people on is not their moral character but their position on the social hierarchy totem pole. Is that really where you want to stand?

Contact Your Representatives About Making Housing a Human Right for All

Urge your lawmakers to prioritize legislation that supports long-term solutions to affordable housing. The opioid crisis does not negate the housing crisis, even if these two dilemmas occasionally intertwine.