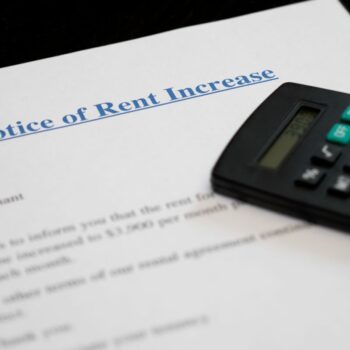 The following quote was initially published in The Washington Post’s article “Inflation Is Making Homelessness Worse.” This collaborative piece perfectly explains the relationship between skyrocketing rental rates and our nation’s steady uptick in homelessness.

To quote the source material directly, the authors state:

“Every $100 increase in median rent is associated with a 9 percent increase in the estimated homelessness rate, according to a 2020 report by the U.S. Government Accountability Office. Economists say that figure is particularly troubling as rents continue to soar to unprecedented highs. The national median asking rent jumped to a record $2,002 in May, up 15 percent from $1,738 a year ago.”

The Leading Cause of Homelessness is a Lack of Affordable Housing

As many housing advocates are aware, a lack of affordable housing has plagued this country, simultaneously serving as the driving force behind the homeless crisis and the housing crisis. These two terms should be inseparable because they are so closely connected.

Underbuilding is largely to blame for this epidemic. Business Insider points to the Great Recession of 2008 as the point when construction of single-family units began to lag, detailing an unsettling, nearly decade-long trend.

It’s important to note that supply and demand play a significant role in the housing/homeless crisis, but this isn’t just as simple as overbuilding or underbuilding properties. It also comes down to the kinds of properties being constructed and whether or not these structures suit current needs.

To that end, the 341 luxury condos towering vacant over New York City’s Billionaires’ Row are doing nothing to help this affordable housing crisis unless developers decide to reconstruct them into housing units that low and average-income earners can afford.

Since homelessness directly results from a lack of affordable housing, let’s dive deep into exactly what that means and why it is increasingly difficult to come by.

What is Affordable Housing, and Why Don’t We Have Enough of It?

The U.S. Department of Housing and Urban Development defines “affordable housing” as any housing that costs less than 30% of a household’s total income. When combined, rent or mortgage plus utilities must cost less than 30% of that household’s gross income (pre-taxed earnings) to be considered affordable.

It bears noting that affordable housing does not have to be a house. It also includes:

This is why advocates discuss the lack of affordable housing and refer to this in measurements of units as opposed to houses.

A New Class of Homelessness: Everything is Rising Except the Wages

Shelter workers interviewed by The Washington Post’s investigative reporters claim that in the past, families and individuals seeking refuge in the homeless shelter system were often newly unemployed, underemployed, or experienced a sudden and immediate loss.

Now, just two short years after the international health crisis COVID-19, those same workers warn of a new class of homelessness coming through their doors. These are people and families with steady employment who can’t stay afloat in the rising economic tide replete with inflated gas and grocery prices and ever-escalating rental costs, particularly now that temporary stimulus packages have tapered off into thin air.

High rental prices broke records not once or twice but 17 times in a row. That’s nearly a year and a half of record-breaking highs for landlords, much to the detriment of renters. What’s more? 72% of landlords surveyed spoke of intentions to continue the disturbing trend and raise the rents again next year.

With so many Americans confused about what’s truly driving the homeless crisis, who’s to stop them?

Talk To Your Representatives About Building More Affordable Homes

With affordable housing in such short supply, millions of rent-burdened Americans face the harrowing prospect of homelessness simply because they’re in no position to barter.

As you can see from the figures above, even meager rent hikes of just $100 can drive many people into homelessness regardless of their current position or status of employment. Meanwhile, year-over-year rental increases have reached double digits in many metropolitan areas.

The housing crisis is a supply and demand issue. To demand lower rental costs, we must increase the supply of affordable housing units. Talk to your legislators about reducing homelessness by building more affordable homes.

I have previously written about a question often asked of me: “Don’t you have family who can help you?” Many people have little or no family support for a variety of reasons. That was the case for me – I never had an...

At the current federal minimum wage, someone must work 96 hours a week to afford a two-bedroom apartment. According to a recent report from the National Low Income Housing Coalition (NLIHC), at current Fair Market...