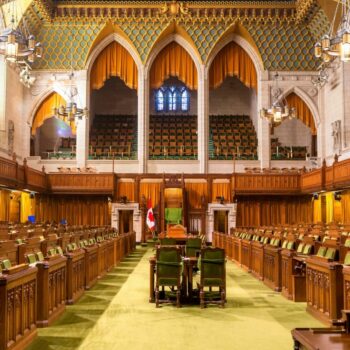 Homeless Veterans Are Still Vastly Overrepresented in Canada and Elsewhere

“Lonely, desolate, and out of touch with the world.”

Those were the words 50-year-old Canadian war veteran Darryl used to describe his current situation living unhoused; a horror he’s had to endure for at least a decade since returning from the military.

In a brief 2011 YouTube interview posted by Make Treks and uploaded to Canada’s Homeless Hub, Darryl expounded on a haunting but all too familiar tale. Thinking back, he recounted his life riddled with hardship and ridicule and the sinking feeling of loneliness that inevitably coincides with being isolated by the very country you swore service to protect.

His story, heart-wrenching as it sounds, is but an echo that could be played back thousands of times if each homeless veteran across the country were provided such a platform.

In 2019, the issue of veteran homelessness in Canada garnered national attention.

Professor and Associate Director of Nursing Research at the Arthur Labatt Family School of Nursing Cheryl Forchuk sought to pinpoint the leading root cause of veteran homelessness and discovered that the most common issue was trouble adjusting to civilian life.

The study, entitled “The Experience of Homelessness Among Canadian Forces and Allied Forces Veterans,” was relatively small and the first of its kind. But the theme of not quite fitting in, of having one foot in the real world and one boot on the ground of the battlefield, kept emerging. One particularly eloquent veteran described the experience as “like being on Mars and coming to Earth.”

Imagine the strangeness of feeling like a stranger in your hometown. Imagine the irony of living there with no home. This is what it means to be a homeless Canadian veteran.

The initial call to arms came as data showed that while veterans only accounted for 1.7% of the national population, they made up 4.4% of the emergency homeless shelter population in 2018. That’s a considerable overrepresentation that didn’t even account for unsheltered homelessness. Further scrutiny showed an utter lack of information quantifying veteran homelessness elsewhere, which likely means the overrepresentation is far worse than it appears.

To preemptively address the issue, the House of Commons voted unanimously to try and end veteran homelessness by 2025, a goal they are drastically falling short of.

Major setbacks ensued in the face of the international pandemic. But with the world again an open landscape ripe for opportunity, a general sentiment of angst has replaced the stifled fears of a nation grappling with illness. The public has begun to tap its feet collectively, applying pressure and demanding action on behalf of the thousands of veterans still homeless on the streets and struggling in Canada’s overcrowded shelter system.

In an interview with Global News, President of The Board at Ontario Non-Profit Housing Association Suzanne Le explained.

“There have been a few pilot projects that have happened. And when the pilot projects are done, all those veterans ended up back on the streets, and they become very mistrustful of the government, and they don’t want anything to do with pilot projects.”

The next course of action the House of Commons plans is another pilot project costing a gasp-inducing $45 million. However, more of the federal budget needs to be dedicated to finding and implementing long-term solutions as opposed to Band-Aid fixes that will only sew more seeds of separation between former militia and other authority figures.

Veteran homelessness is unique in many respects. It is less studied, less quantified, and less understood compared to other types of homelessness.

The leading causes of homelessness for the general population in Canada are insufficient income and a lack of affordable housing. All these issues adversely affect allied veterans as well.

But for veterans, the root cause is sometimes even more profound and harder to find. It is the feeling of being lost in one’s own backyard, unfamiliar with what should be the most familiar place of all.

This is what is forcing former soldiers into shells of their former selves and the shadows of increasingly dangerous cityscapes. This is what is plaguing the homeless veteran community. The situation could remain untenable until this root cause is acknowledged, addressed, and rectified.

Talk to Your Representatives About the Right to Housing for All

It is hard to talk about serving in the military without discussing the central focus of that job – human rights. With so many former soldiers denied the human right to reside in a safe, stable, and affordable home, it is time to talk to your local representatives about drafting legislation that serves the people that served this country.

This means making housing a right that no one can deny.

Through his dramatic rendition of teen romance, playwright William Shakespeare once posed the important question, “What’s in a name?” Drama fans to this very day swoon as fictional character Juliet asks star-crossed...

Disclaimer: This post contains descriptions that could be considered gruesome and disturbing. They have been included to illustrate the unfathomable acts of violence committed against our unhoused neighbors. These are...