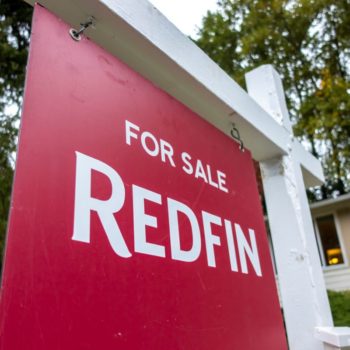 It’s no secret that “mega landlords”—corporate entities that invest in rental housing—have bought thousands of homes across the country since the pandemic began. But what is less clear is how this buying spree threatens the housing stability of renters.

As housing costs continue to climb, families across the country face intense competition in the housing market from investment firms. This keeps many high-income renters from purchasing their own homes and threatens the stability of low-income renters who cannot afford the slightest rent hike.

“The mega-landlords argue, though, that while the number of houses they own is large, the proportion overall is small—too small, they say, to afford them any market power,” Suzanne Layni Charles, a professor of city and regional planning at Cornell University, wrote in an op-ed for The Hill. “But in neighborhoods, a much different picture emerges.”

Investment firms have increased their real estate holdings since the 2007 recession caused a spike in single-unit home foreclosures.

The federal government helped mega landlords through the process by selling vacant homes in bulk to businesses that agreed to rent them out for a set number of years. This allowed mega landlords to amass huge portfolios. It also resulted in higher rents for many tenants who still lived in the units.

The impact effectively shut renters out of the housing market at an opportune time to buy a home. The program resulted in landlords spending approximately $36 billion to purchase more than 200,000 homes. In one Atlanta zip code, mega landlords accounted for 90 percent of the total purchases between January 2011 and June 2012.

And recent events such as Zillow shutting down its home-flipping business have exacerbated this buying spree. Pretium Partners, the second-largest landlord in the U.S., reportedly purchased more than 800 homes from Zillow for approximately $300 million, with a tentative agreement to buy more than 400 more for $150 million.

Mega landlords also threaten the housing stability of renters by increasing rents. Chad Ellingwood, who lives in the Los Angeles area, said he was forced to pay rent higher than both of the mortgages he held before he got divorced combined after a corporate landlord purchased the apartment complex he lives in.

The company said it would streamline many processes that used to frustrate Ellingwood, like calling in a maintenance request. But soon after the company took over the property, Ellingwood found himself hiring a lawyer to fight back against the company charging him unreasonable fees and hiring contractors to perform shoddy repairs to his home.

“It was anything but convenient,” Ellingwood said.

These landlords also threaten housing stability because mega landlord tenants often face higher eviction rates than tenants in other housing situations. A study by the Federal Reserve Bank of Atlanta in 2016 found that renters in Atlanta who live in units owned by institutional or corporate investors received eviction notices at nearly twice the rate of renters in units owned by a smaller landlord.

Meanwhile, the need for affordable housing continues to grow.

And eviction filings across the country continue to rise, which heightens the risk that low-income households may be forced onto the streets if they can’t make ends meet. Data from Princeton University’s Eviction Lab shows that there have been nearly 927,000 eviction filings since March 2020 across the six states and 30 cities that the lab covers.

To Charles, this is exactly why there needs to be greater regulation of mega landlords. She proposes requiring these entities to disclose their properties rather than obscuring them through aliases. Charles also suggested strengthening protections for renters from scrupulous rent increases and evictions.

“Housing is one of our most basic human needs, the setting for our most personal and cherished moments,” Charles wrote. “Still, it is also a lucrative vehicle for profit for far-away investors. We must strengthen affordability and stability for families who rent their homes from mega-landlords.”

The pandemic proved that we need to rethink housing in the U.S. It also showed that providing additional support and protections for renters is a clear-cut way to reduce future increases in homelessness.