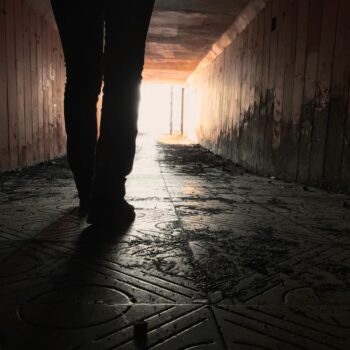 Americans fear for their safety now more than ever. A recent Gallup poll showed fifty-six percent of Americans, which is a record high, believe local crime has risen in their area this year. Seventy-eight percent believe crime is up nationally, which is tied with 2020 when crime truly was significantly higher than average.

There are a few specific types of crimes Americans fear falling victim to more than in previous years. The highest is fear of a child being harmed in school. Next are fears of getting mugged, being attacked while driving, being sexually assaulted, and being murdered. Except for being attacked while driving, all of these fears increased among city dwellers, as opposed to suburban- or rural dwellers.

What we can conclude from this data is that people, especially in urban areas, are a lot more afraid of random attacks than before. It’s not difficult to imagine why, with the increased buzz around violent crimes such as school shootings and random stabbings. We all seem to be a little more aware of our surroundings.

But there are a couple of important points we need to keep in mind:

Americans are also worried about inflation. It’s easy to associate financial desperation with crimes such as muggings. While these fears may be generalized toward poor people, homeless people do fall within this category.

People have long believed that homeless people are unpredictable and violent. It’s not hard to make the jump that if poor people, including homeless people, are desperate enough, they’ll become violent.

Discrimination against homelessness on the basis of public safety may also come from data that shows crime is more concentrated in poorer areas. Gun violence, in particular, has risen among poor communities.

These fears, even when not said aloud, are harmful. Of course, fears of homeless people due to hard economic times are not rational; they’re not likely to get poorer than they already are, inflation or not. But even implicit bias is dangerous because it keeps us from truly seeing homeless people and makes us divert our eyes instead.

Are We Right to be Fearful?

Actual crime rates are difficult to report on. This is partially because there are many different types of crime; some have gone up, and others have gone down. Violent crimes such as murders have decreased overall since the ‘90s but rose dramatically from 2019 to 2020. It also varies significantly from state to state, but not for the reasons commonly given.

Most sources agree, however, that crime is generally rising. There are trends within this data. Crime rates have especially gone up in poverty-stricken communities and in communities that are racially segregated. Gun violence, in particular, is rampant, and efforts to stop gun trafficking have been mostly ineffective.

Midterm elections are taking place in the U.S., and they’re a driving force behind all this attention to crime, especially local crime. Politicians try to sway voters’ opinions by blaming their opponents for rising crime, and the information presented can be misleading.

Popular talking points include gun ownership and policing. They’re used to divide and provoke emotion, which becomes hostile and dangerous for the people being blamed.

Statistics about public perceptions of violence are important because they predict how we behave. They can and should, however, be understood as totally separate from actual crime data. Our fears become violent when we do things like stigmatize and ostracize people who are vulnerable.

We need to give more thought to what it means to be a “vulnerable” population. What are they vulnerable to, exactly? Homeless people are certainly more vulnerable to the weather, including extreme temperatures, as well as hunger and disease. They’re also vulnerable to the rising crime we fear so much.

Even if a housed person doesn’t have weapons, they still have better defenses than a homeless person simply because they have shelter.

There are so many protections we have that we take for granted. The random violence we fear happening to us is far more likely to happen instead to the defenseless person sleeping in a shelter or on the street.

It may be because we tend to focus more on the rare stories, we hear of crimes committed by homeless people. We tend to otherize homeless people—their behavior and overall personhood becomes scary and threatening. In other words, we project our generalized fears onto them.

We’re Responsible for Changing the Narrative

Our fears of being attacked by a homeless person are less of a response to our changing, desperate environment and more a product of our own feelings. Maybe we’re fearful of losing what little we have. Regardless, it’s a wrong way to think about others, and we’re morally obligated to correct it.

What is the best way to defeat implicit bias and irrational fears? Exposure.

Volunteer at a homeless shelter, pass out care packages to panhandlers, or just keep reading and watching content from Invisible People.

As is generally good advice, form your opinions based on actual data. Don’t develop beliefs—or worse, behaviors—based on things you hear from political pundits or sensationalized headlines.

Every positive experience you have with a homeless person is a chance to shift public opinion. Tell others about it, write about it—use whatever platform you have. Talk to your legislators to promote policy change. Remember how much power you have to change the narrative.

The idea of “one size fits all” might apply to some things in life. But when dealing with homeless people, it’s not a suitable approach. There is no one way to be homeless and no one way to solve it. Just as each person...

The National Alliance to End Homelessness today expressed its encouragement by the announcement that veteran homelessness has been reduced by 11 percent since 2020. The announcement from the U.S. Department of Veteran...

When you give people money, they can afford things. Quelle surprise. That was the idea behind the wildly successful Child Tax Credit, which lifted 2.9 million kids out of poverty. It’s the idea behind a program in...

What Did We Learn about Family Homelessness from the Recent AHAR Report?

Here’s What to Do If You’re Facing Eviction

Reimagining Conferences, Uplifting Voices: What Equity Work is About