How to Fix Housing First 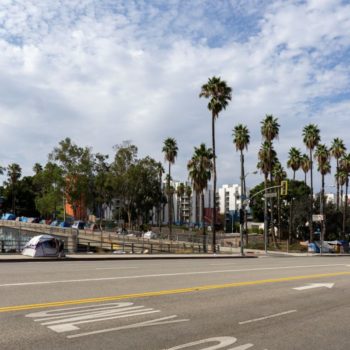 Cities across the country are revisiting “Housing First” policies as the nationwide affordable housing gap continues to widen, and persistent inflation puts millions at risk of homelessness.

Housing First refers to policies that prioritize providing permanent shelter to individuals escaping homelessness before requiring them to enter additional programs like substance abuse treatment, mental or behavioral health counseling, or employment services, according to the National Alliance to End Homelessness.

While studies have shown that Housing First is the most efficient way to end homelessness locally, the policies still face considerable backlash from groups who advocate for greater accountability instead.

Experts say this is evidence of a unique and self-imposed problem that some cities face: they have the tools at their disposal to end homelessness but lack the will to use them.

What is Housing First?

Housing First was first pioneered in the U.S. in the 1990s. It was developed by a professor named Sam Tsemberis, Ph.D., to address chronic homelessness by providing safe, affordable housing to people exiting homelessness before requiring them to enter other programs.

According to Heading Home, a Boston-area homeless service provider, there are five core principles of Housing First programs:

While many programs claim to be “Housing First,” Steve Berg, vice president for programs and policy at NAEH, told Invisible People that some programs use the name to score political points.

“For certain groups, Housing First has become a way to trash the Democratic mayor’s office in places where there is a lot of homelessness,” Berg said. “But when you look at the evidence, there have been a lot of places around the country that significantly reduced homelessness using Housing First.”

Measuring the Successes of Housing First

One way to measure the successes of a Housing First program is how well it disrupts persistent challenges that people experiencing homelessness face. But this has proved to be more challenging than some researchers expected.

For instance, a study from the Urban Institute found that Housing First can successfully disrupt the homelessness-to-jail pipeline. Using Denver’s Social Impact Bond as a model, the study found that nearly 80 percent of program participants stayed housed for at least two years after connecting with a Housing First provider. Another 77% stayed housed for three years or more.

“The Denver SIB study is one of the most rigorous evaluations of how supportive housing affects people’s interactions with the criminal justice system and emergency health services,” the study concludes. “It shows that supportive housing, through a Housing First approach, not only ends chronic homelessness and helps people find stability, but also reduces jail days and lowers the public costs of the homelessness-jail cycle.”

Housing First has also been shown to be more cost-effective than traditional rapid rehousing efforts. According to research from NAEH, the average cost savings of a Housing First program can range from $23,000 to more than $31,000 per program participant.

Berg said Housing First often produces positive results because it doesn’t force participants to make choices they don’t want to do. Nearly everyone who is homeless wants to move inside. But they don’t always want to immediately enter a treatment program to get their house keys, Berg said.

Critics of Housing First often point to the program’s inconsistent outcomes and service design as two of its main drawbacks. However, experts say these criticisms are myopic at best given the wealth of empirical literature that shows Housing First can significantly reduce rates of homelessness for people with complex needs.

The Heritage Foundation takes the argument a step further by describing Housing First as a total failure that does not “improve symptoms related to drug addiction, mental illness, and general well-being” for people experiencing homelessness.

These papers purport to be works of academics. However, Nicholas Pleace, who directs the Centre for Housing Policy Research at the University of York in the United Kingdom, described them as a “haphazard” mix of academic reports, data, and policy documents.

“The point at which both papers really go off the map is in relation to the claims that Housing First is ineffective because homelessness still exists and has increased in some areas of the USA,” Pleace wrote. “To be clear, the argument is exactly the same as saying you should not keep spending money on a hospital because building one and funding it did not stop people getting ill.”

Pleace goes on to say that both papers are riddled with misrepresentations of the evidence base that suggests Housing First is the best way to address complex cases of homelessness. But that point is immaterial to their broader goal of painting homelessness as an individual failure rather than a systemic one, Pleace added.

“The other goal is to constantly reinforce narratives that anyone who ‘fails’ in unregulated capitalism has only themselves to blame and that discipline and correction are the answer, that ‘big’ government, particularly liberal or socialist big government must, by its very nature, be inefficient and repressive,” Pleace wrote. “These ideas are not merely a smokescreen for rapacious billionaires who want to live untaxed and unregulated lives, there is ideology, one might even say philosophy underpinning elements of the alt-right.”

So, how should proponents of Housing First defend the program against narratives that seek to paint it as an abject failure?

Berg said one of the best places to start is by defending Housing First’s successes, especially when dealing with chronic homelessness. Often, people experiencing homelessness are painted as “sinners” who would rather live in squalor than receive treatment. But this belies the lived experience of most homeless people, he said.

“You can’t force people into treatment, but you can incentivize it,” Berg said. “But when push comes to shove, it’s more of a question of access than it is about choice.”

Cities across the country are realizing that improving access to Housing First programs is the best way to improve local outcomes. For example, Denver recently expanded its Social Impact Bond program to reach another 125 people per year.

“Housing First is being used to present homelessness in a certain way, to downplay the systemic causes, to downplay the responsibility of the State and, above all, to create a disconnect between the idea that homelessness could – at least in part – be not about sin or sickness, but instead be linked to systems and to what the consequences of a deregulated, highly unequal, free-market society with limited social protection actually are,” Pleace wrote.