How to Prevent Homelessness Among Low-Income Renters 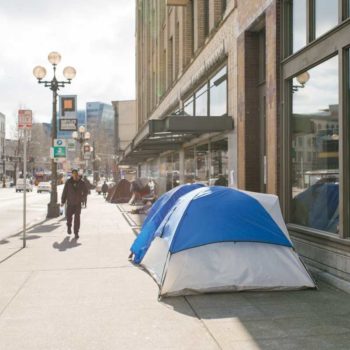 As discussions about the pandemic shift toward recovery, the twin risks of eviction and experiencing homelessness remain very real for millions of low-income renters.

According to the Census Bureau’s latest Household Pulse Survey, over 44 million households have missed a rent or mortgage payment or have low confidence in their ability to make a future payment. At the same time, another 4.7 million anticipate being evicted within the next four weeks.

Meanwhile, the Treasury Department recently reported distributing 290,000 Emergency Rental Assistance (ERA) payments in June, more than April and May combined. In all, the agency said it made more than $1.5 billion in ERA payments in June.

At the same time, the Internal Revenue Service and the Bureau of the Fiscal Service reported disbursing more than 2.2 million additional Economic Impact Payments under the American Rescue Plan. These payments were worth approximately $4 billion, the agencies said.

While these programs provide temporary solutions for millions of households, the road ahead for low-income renters remains rocky.

Pandemic-related issues ranging from high unemployment to rising healthcare costs, childcare, food, and housing all will threaten the long-term stability of millions of households without immediate intervention.

A report by the National Low Income Housing Coalition (NLIHC) found that these stimulus programs can’t address many of the “unsustainable” means that some have used to meet their spending needs. Some of which include borrowing from friends, family or using credit cards to pay for necessities.

The report also found that many renters turned to payday lenders to help pay for basic necessities. In Los Angeles County, one survey from 2020 found over 40 percent of respondents used a payday loan lender to make rental payments. Within six months, 55 percent of renters reported taking on additional debt to support their basic needs, the report says.

However, NLIHC’s report also shows the additional debt was a minimal help, at best. It found that 30 percent of respondents had cut back on basic needs such as food, health, and medicine to make ends meet.

Despite the government’s trillion-dollar efforts to support its most vulnerable constituents during the pandemic, poverty continues to plague the country.

The Department of Labor reports over 74 million people have lost work since the start of the pandemic. A majority of those losses have come from low-wage jobs in the service and hospitality industry. Over 47 percent of households earning less than $35,000 reported being behind on rent payments. Another 25 percent reported being unable to put food on the table.

Now that states and cities are focusing their attention on their economic recovery, a report by Human Rights Watch (HRW) found that low-income persons in the U.S. are at a particular disadvantage to recovery. Many low-income households face multiple stressors such as housing and food insecurity that can drive individuals deeper into poverty, the report argues.

Lena Simet, a poverty fellow at HRW, said that government stimulus programs have provided crucial but temporary relief. Even so, millions are still facing eviction, even as the nation’s wealthiest report record profits.

“It’s a clear indictment of a failed safety net and the urgent need to address people’s rights to food and housing,” Simet said in a statement.

According to HRW’s report, one of the easiest ways for states to make sure low-income workers are not left behind during the recovery is to raise their minimum wage. President Joe Biden has proposed raising the federal minimum wage to $15 per hour as a part of his infrastructure package. However, it faces stiff opposition from the Republican side of the aisle.

A review of the federal minimum wage hike by the Washington Center for Equitable Growth found the proposal could have a significant positive impact on future income levels for women and people of color, two groups who most frequently hold low-wage jobs.

Simet added that lawmakers should also focus on policies that promote the economic rights of all Americans, not just the wealthy.

“This means building a universal and strong social protection system and investing in public services, notably education, health care, housing, and an adequate standard of living,” she said.

We must do more to improve access to ERA payment for low-to-no income communities. The Treasury is distributing more payments than ever before. However, millions of households still face eviction and the risk of experiencing homelessness.