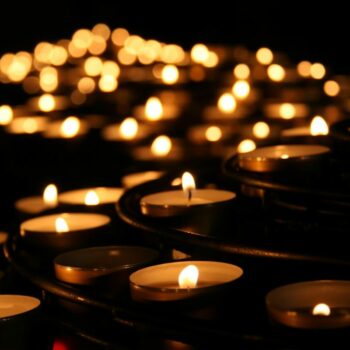 Greeting a holiday with the spirit of joy and happiness is the norm, regardless of which holiday you celebrate. Special days are added to calendars and highly anticipated for months or even years. But not all national days are meant to inspire celebration. Some, like National Homeless Memorial Day, exist solely to raise awareness of a long-forgotten societal ill – in this case, homelessness.

For so long as homelessness exists, this well-known day will raise its ugly head, a subtle reminder of how many people are suffering through the coldest nights of the year without a home.

Like many noteworthy occasions, National Homeless Memorial Day means different things to different people. It is uniquely acknowledged from one city to the next.

It doesn’t boisterously parade down bedazzled streets like other holidays. No. This day, an elongated moment of silence for all of our neighbors without walls, very quietly washes over us all, ever so slightly raising the voices of communities otherwise ignored.

National Homeless Memorial Day is a cry in the dark, a march through a crowd, a candlelit vigil, a short day of reflection, and a long night of remembrance all rolled into one.

Every place across the country that the horror of homelessness has touched dreads the prospect of seeing it come around again, full circle and unphased.

This year, the streets of Baltimore will gleam with the light of reflection for homeless people who lost their lives on the cold and unforgiving streets.

California will hold a procession of candles to honor the 380 Orange County residents who died while enduring homelessness last year.

Seattle advocates will gather on the steps of City Hall Plaza to acknowledge the 216 men, women, and children who have died outside without homes.

From bold, sweeping gestures to quiet introspection, there is no one way to commemorate homeless deaths, so long as these people and their lives are acknowledged. This is precisely the spirit, the point.

Now, more than three decades later, the occasion has become a hashtag (#HomelessMemorial) and a battle cry for justice. It draws together advocates and activists, political and religious leaders, organizers and organizations, and of course, people who are currently and formerly homeless. It is perhaps the only holiday that simultaneously should not exist and also should be “celebrated” every day of the year.

We mustn’t underestimate the tragedy that this past year alone, between 17,000 and 40,000 people died because they were homeless. Too many of their stories go untold.

Whether you hold an in-person gathering, host a virtual event, or merely spend a moment feeling a sense of empathy for your fellow human beings who are dying under bridges and in tent cities, while you enjoy the warmth of having a home, here are some homeless facts to carry in your heart all year long:

Commemoration of our neighbors living and dying unhoused might start with a scheduled memorial. However, that candle can only burn bright if we keep the sentiment alive throughout the year. National Homeless Memorial Day events serve several purposes, such as:

Invite Legislators to Hear Your Perspective on Homelessness

As the winter winds blow past, think of how cold and harsh it is that we let our fellow human beings live unnoticed and die unacknowledged, only to whisper their names into the wind once a year.

Don’t let another National Homeless Memorial Day come and go without any action on your behalf.

Invite your legislators to hear your perspective on the growing homeless crisis. Urge them to make housing a human right.

Most People Don’t Realize They Subconsciously Think of Poor People as Less Deserving You might not think anything of it when you flip through your closet, looking for items to donate. You set aside a few things in less...