Lack of Affordable Housing Is The Leading Cause of Homelessness 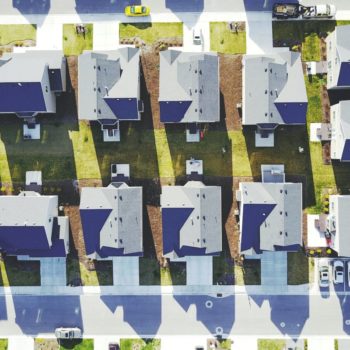 It’s Not Drugs, Alcohol, or Mental Illness, as Many People Still Think

If you’ve been reading here for a while now, this information should not surprise you. But many people still refuse to believe it.

Despite pervasive notions to the contrary, the most significant cause of homelessness is not substance use, mental health crisis, or a general moral failing. It’s the simple result of insufficient resources being invested into building affordable housing options for everyone who needs them.

Often the simplest explanation is the most correct.

An easy way to rule out these oft cited but incorrect “causes” of homelessness is to note that things like substance use, and mental illness occur at roughly the same rate in places all over the country. However, homelessness tends to be concentrated more in certain areas than others.

If it were true that drugs, alcohol, and mental illness caused homelessness in most cases, we would expect that reflected in the data, with levels of homelessness being relatively even all over as a portion of the local population.

But what we actually see when we examine the data tells a different story entirely. Researchers Clayton Page Aldern and Gregg Colburn found that all across the country, the communities with the highest housing costs had the highest rates of homelessness per capita.

This can be hard to see when looking at raw homeless population numbers like these:

But compare these numbers to the total population in these counties, and you come up with a very similar ratio – 5 to 6 out of every 1,000 people in these high housing cost areas are unhoused as opposed to the average 2.5 nationwide.

We’ve been trying to make it a more complicated issue than it really is, maybe to give ourselves excuses not to try and solve the problem. But it makes sense. Just like the title of Alder and Colburn’s new book: Homelessness is a Housing Problem.

Being Clean and Sober Won’t Get You a Home

There’s no denying that substance use, and mental health play a role in the lives of many unhoused people. Whether those things contributed to their loss of housing or came about as a response to their new circumstances can only be answered on an individual, case-by-case basis.

However, how we currently think about, and address homelessness is far too concerned with these extraneous factors. We all know that getting clean, sober, and on track with your mental health goals won’t magically make an affordable home fall into your lap. And yet so many programs are set up in a way that implicitly suggests this is the case. As if some overly judgmental home fairy is dropping houses onto people’s heads once they jump through her sobriety hoops and prove that they’re taking their prescribed medications every day.

It’s absurd, and we know it’s absurd. Yet some providers still cling to this busy work since at least it makes them feel like they must be doing something helpful as long as they’re busy.

The Housing First model helps mitigate this problem. But it’s cut off at the knees in places where affordable housing is generally unavailable. If housing comes first, and there is no housing, what are you supposed to do?

We Have to Build More Safe, Permanent, and Affordable Housing

We’ve spent several decades trying different initiatives to provide temporary shelters, wrap-around services, and health care to unhoused people. All of these things can certainly improve a person’s quality of life. However, none can truly make up for their lack of safe, secure, permanent, and affordable housing.

We need to build more affordable housing options- a lot more. And we need to start now. Of course, the best time to start building was years and years ago, but the second-best time is now.

We have all the resources we need to ultimately end homelessness. Now, we must make it a priority.

If you’re finding that hard to believe, think of the trillions of dollars spent on our national budget each year. How much of that goes toward things that don’t help anyone? How many people could be safely housed for the price of one extra aircraft carrier? If Jeff Bezos paid more than 1% in taxes, how many lives could be saved?

Whereas previous generations may have had the compassionate urge to provide housing for all but lacked the means to actually accomplish that goal, we’ve now become completely desensitized to the inhumanity of homelessness. We make up excuses as to why certain people don’t deserve housing so that we don’t have to be bothered to fix the glaring issue in our society. We have the money. It gets spent every year. We just don’t care enough to spend it on housing.

The newest research proves yet again that we can end homelessness. It’s not as complicated and insurmountable as we’ve made it. We must invest in building affordable housing. We have the way. Now we just need to summon the will and convince our representatives to act on it. Talk to your neighbors, your friends, and your family. The longer we wait, the harder it will be.