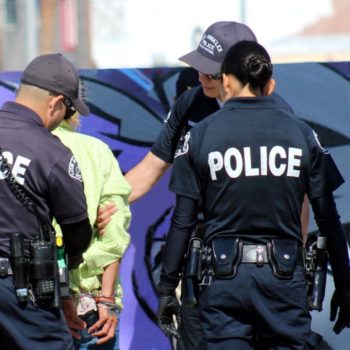 It’s a Simple Truth That Lawmakers and Town Busybodies Don’t Want to Acknowledge.

When made to clean our rooms as kids, how many of us would forgo organizing our belongings in favor of shoving them all under the bed? Or perhaps into a closet so full, we could barely get the door to shut again?

Sure, it doesn’t solve the problem, but it at least makes the room clean enough to appease parents unfamiliar with these age-old tricks.

While most of us outgrew this impulse and learned to take proper care of our spaces, many of our country’s lawmakers have not. They still seem to operate on the motto, “out of sight, out of mind,” while deliberately burying their heads in the sand.

One of the latest examples of this misguided “logic” is unfolding before our eyes in Sacramento. Residents there are due to vote in November on a ballot measure that would legally obligate the city to provide temporary shelter beds for 60% of the homeless population in the area. The kicker is that this bill would also make encampments (defined as four or more unrelated people camping within 50 feet of each other on public property that doesn’t have permitted power, water, and bathrooms) illegal.

You don’t have to be a mathematician to notice that that doesn’t quite add up. Leaving aside for the moment all of the issues that come with temporary shelters, if the city meets this goal and provides housing for 60 percent of people who need it- what happens to the other 40 percent?

This brilliant bill was brought to you by a coalition called “Sacramentans for Safe and Clean Streets and Parks.“

Of course, they pretend to care. And some people still allow themselves to be swayed by the flimsy “it’s for their own good, really” rhetoric they constantly spew. Rhetoric like this, from the coalition’s chairman, Daniel Conway:

“Sacramento will become the first city where it’ll be illegal to live in public spaces. Sacramento doesn’t continue to have to be the place that allows people to live and die on our streets every day.”

The way he’s talking, you’d think he was personally building affordable houses every weekend with his own two hands. Instead, he’s just trying to get homeless people removed from public spaces so he can better enjoy his morning jog in the park.

Experiencing homelessness is not easy, pleasant, or even a choice. The vast majority of people who find themselves homeless come to it once they’ve run out of all other options and in circumstances beyond their direct control. Adding legal punishment on top of the daily punishments of living unhoused makes a bad situation even worse.

How will adding the supposed “deterrent” of criminalization change any of that? It’s just kicking people while they’re down.

And a Dash of Hypocrisy for Good Measure

While the Sacramentans for Safe and Clean Streets and Parks may be framing their bill as a goodwill effort to get homeless people off of the streets and into shelters, the bill’s details tell a different story entirely.

Not only does the bill not require the city to build enough housing to house all of its homeless residents, even if it is temporary, but the entire thing seems deliberately constructed to skirt around the decision made in the 2018 Boise vs. Martin case that prohibits cities from giving out citations for camping on public property if they haven’t first offered that person shelter.

Conway says that his measure would allow police to tell homeless people to move with no obligation to offer shelter.

The answer is it’s not. That’s not a problem for Conway and his cohort because that’s never what they really cared about anyway. It’s only what made their shady measure palatable for people unfamiliar with this overplayed trick.

Do people who support the criminalization of homelessness really think that people just roll out of bed one morning and think, “You know, I think today I’ll become homeless. It’s perfectly legal, so no one will stop me!”

Of course, they don’t.

They just know that if they hide their disgust and contempt for homeless people behind the thinnest insistence of good intentions, no matter how little sense it makes, other like-minded people will feel safe enough to agree with them.

Sure, if you just came right out and said, “I think I’m more entitled to public spaces than poor people, so I’m going to use my power and privilege to have them forcibly removed by police and saddled with an inescapable criminal record, who’s with me?” you may be rightfully called out as the callous monster you are.

But if you expend a bare minimum effort to dress up the same argument in meaningless feel-good language, people mostly leave you alone! Bonus points if you can somehow bring your children’s hypothetical safety into it!

Contact your representatives. Tell them to stop criminalizing homelessness and support real solutions to homelessness instead.

I’ve always said that the human capacity for cruelty is staggering. Here is a story that shouldn’t have shocked me, but I was surprised by it anyway. It’s a simple thing that illustrates a significant point. Recently...