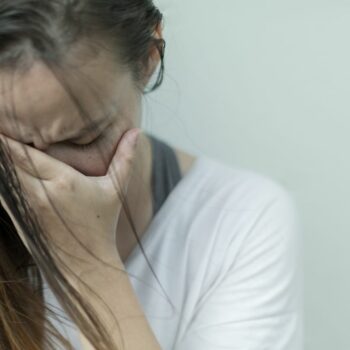 I have previously written about a question often asked of me:

“Don’t you have family who can help you?”

I was adopted at birth in a private adoption. My grandparents were wonderful people, and my adoptive father was a great man. However, my adoptive mother had an undiagnosed mental illness, and she terrorized us with her behavior. I was severely abused as a child, physically, verbally, and emotionally.

Throughout my life, I had an odd relationship with her – sometimes bordering on normal, other times adversarial. Her moods would swing like a pendulum on a clock.

When I told her I was losing my home, she told me to “just” go to welfare and let them get me something. Of course, she didn’t understand that even in early 2017, the waiting lists were long. Despite having substantial savings, she did not help me at all. She didn’t even offer me a cot in her basement.

Whenever I’ve needed help, she has turned her back, for the most part, leaving me to beg on Gofundme for help from strangers who have shown me more kindness than she has. My grandparents or father would have been mortified over my plight. I don’t think they could have slept at night if they didn’t try to help.

But sadly, they are all gone, and my adoptive mother never cared if her autistic, disabled daughter had to live in a van or filthy warehouse.

My adoptive father was a brilliant guy and a deep-thinking man. He read a lot and studied philosophy, psychology, and other intellectual pursuits. He also had artistic talent. He and I even looked like we could have been biological father and daughter.

When he developed Parkinson’s disease, I did my best to travel to his home 2,000 miles away to care for him for a few weeks at a time. It was heartbreaking to see him so deteriorated and ill. By that point, he couldn’t read and could barely speak.

Dementia is common in patients with Parkinson’s. Having a lot of nursing home experience, I was used to seeing this. But not when it’s your father. I have the freshly laundered robe he was wearing when he passed away. It’s one of my most beloved items. Sometimes when I visit storage, I take it out, hold it for a while, and cry.

I was very happy to cook for him and help care for him in that last year of his life. His Parkinson’s was aggressive. No matter what, I could always see the love and gratitude on his face. Unfortunately, he was married to a woman who robbed him blind. I inherited nothing but the robe he died in and the monopoly set he and I played. Those things are so precious to me.

I lost him a long time ago, and I thought, “why did I have to lose my good parent?”

Now, all these years later, my adoptive mother is facing the worst fate that could possibly befall her. She has developed Alzheimer’s. Of late, she’s been telling everyone that I am a nurse. This is the fantasy she had for me as a child, and now she’s made it true for herself.

She could never face that I was homeless and on disability with chronic illnesses. She could never even feel proud of my history as an aide to elderly people.

In all of this, you might think I’d be relieved about her fate, but I am not.

You see, I know that Alzheimer’s patients who are violent and combative are usually given a lot of drugs to sedate them, so they don’t harm themselves or others. Because she cannot control her behavior, is refusing helpful medication, and is failing basic cognitive tests, she will not be allowed to return to her home unattended.

I am not a candidate for her as a caregiver. She is violent and abusive. I am (perhaps foolishly) trying to have her moved to my area at a nursing care facility that I know to be very decent. I know she won’t appreciate it, but I still feel she deserves decent care and a clean home. I don’t think I could live with myself if I didn’t try to get her into a nice place. For whatever good it would do, I could visit her.

It’s heartbreaking, and although there is no payoff for me in the end, no inheritance, at least I’ll know I did everything possible to help her in my way.

Furthermore, I feel awful for elderly homeless people who have no family and wander the streets with dementia/Alzheimer’s. What happens if such a person has no one watching out for them?

Many dementia patients are ignored, written off as “just a senile old person,” or put long term care facilities that are absolute hellholes. With no one to visit them, they are utterly alone.

When I worked at nursing homes or even visit a nursing home, I make it a point to say hello to as many patients as possible, knowing that I might be the only person who said, “hello, how are you today?” I can see the look in their eyes, and it breaks my soul. If I weren’t disabled, I might even work at such a place today.

So next time somebody wonders why homeless people can’t just turn to their family for help, remember that not everyone has a family they can turn to. For one of a million reasons, some of us are just on our own or have minimal assistance. It pays never to make assumptions.

At the current federal minimum wage, someone must work 96 hours a week to afford a two-bedroom apartment. According to a recent report from the National Low Income Housing Coalition (NLIHC), at current Fair Market...

“We cannot arrest our way out of homelessness. Unsheltered communities are often further entrenched in day-to-day difficulties due to costly and needless citations or arrests.” — Jason Groth, Deputy Legal Director...