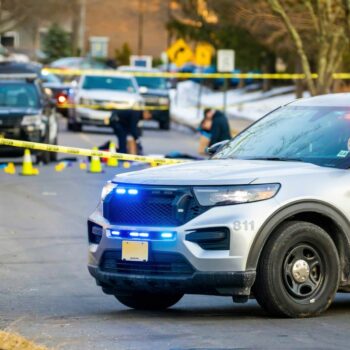 Disclaimer: This post contains descriptions that could be considered gruesome and disturbing. They have been included to illustrate the unfathomable acts of violence committed against our unhoused neighbors. These are real people’s stories, often untold.

The Story of Morgan Holmes, Slain in Cold Blood After Faithfully Serving his Country

It was the mid-’80s, and a young Morgan Holmes was “Dancing on Air,” his fancy footwork claiming the prize of top dancer for the popular Philadelphia television show. The vibrant youth had a promising life ahead of him. He was both athletic and intelligent, with honor student grades and a track record of athletic prowess.

Confident and liked by his peers, Holmes was believed to have suffered mental illness after serving in the U.S. military. This plight first cost him his livelihood and eventually his life.

Holmes is fondly remembered by his community, having been a father and grandfather in addition to a U.S. army veteran. However, the former soldier struggled with acclimating to the life of a civilian. His war-torn mind was presumably fragmented by the sights and sounds of active combat.

Family members told WUSA9 that he frequently stayed with them, shifting from their sofas to the streets, and from the streets to mental institutions. It was a cycle that continued irreparably for almost 30 years. His three-decade-long battle with mental illness ended in a nightmarish scene – not a flashback or a memory or an episode, but a true horror that would ultimately end the father, grandfather, and war veteran’s life.

His murder occurred at the intersection of 4th and New York Avenue, NE.

Sources claim he was approached by a ghastly-looking masked assailant, donning all black attire and wielding an arsenal of weaponry, including a gun with .22-caliber bullets and a knife sharp enough to stab victims fatally.

Authorities say Morgan Holmes was stabbed and shot by the masked assailant who murdered him in the cold, dead morning and set fire to the tent where he was sleeping. A minister-led vigil was later held for the fallen soldier, who community members claim was left slain on the sidewalk, dishonored, and uncleaned by members of authority.

Morgan Holmes’ murder was one of the approximately 640 homeless deaths that took place on the streets of New York City in 2022 alone. The negligible attitude toward his demise by authority members is part of a big-picture issue. Homeless homicides are increasing nationwide, and nobody seems to care.

Homeless Murders Are Now Happening at a Rate 25x Higher than Housed Homicides, even in the Face of a Nationwide Spike in Violent Crime

Violent crime has increased nationally, posing growing concerns for safety across the U.S.

Research reported by Time Magazine points out an upward trend in gun violence beginning in 2014. To quote that article directly, “recent research shows that during the pandemic, marginalized communities bore the brunt of the increase in such violence.”

When we think of marginalized communities bearing the brunt end of violence, we might not immediately think of members of the unhoused community. Yet, these individuals and families comprise a significant percentage of that plight.

According to Jacobin, the latest data suggests homeless people are being murdered at a rate 25x higher than the rest of the population. And this is when the rest of the population is rightfully concerned about murder, a time when fatal shootings have gone up by 80% in some of the most populated cities nationwide. This published analysis, which comes as the result of data provided by several police departments and figures projected by noted researchers Matt Fowle and Fredianne Gray, presents three keynotes in addition to the shocking homeless homicide rate.

In the opening story, community members complained of aloofness from authority figures regarding the gruesome killing of Morgan Holmes and other unfortunate unhoused persons like him. They described unkempt crime scenes and a general lack of respect for the lives and legacies of these individuals.

It is worth noting that unhoused people are twice as likely to be victims of violence than they are to be suspects of it. Yet, they are portrayed in the opposite light, a narrative that works against them in public and policy. Homeless homicides often lack suspects and are not pursued with the same level of vigilance as violent crimes committed against housed community members. This is a costly double standard. People are paying for it with their lives.

If you want to express your concern for the safety of this community, contact your local legislators. Ask them what they are doing to make houseless people a protected group. Demand they classify crimes committed against them as hate crimes.

While these actions might help discourage potential perpetrators from committing such heinous acts, the only way to truly solve homelessness is through housing. Be sure to remind your local legislators that you support housing as a human right, and they should adopt that same policy if they want your political support.

In recent years, researchers have sounded an alarm about projected growths in older adult homelessness. The recent release of the 2019–2020 Annual Homeless Assessment Report (AHAR) Part 2, along with previous versions...

Homelessness is difficult to quantify, though we know it exists. At some point in our lives, each of us has been touched by it. Whether we witnessed it through a friend or family member, saw it happen to a kindly...