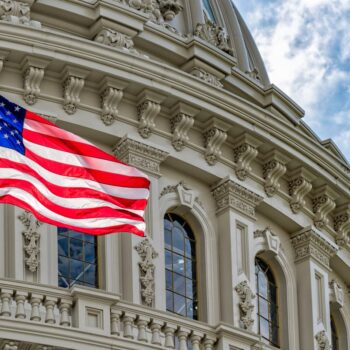 Government aid programs like emergency rental assistance and economic stimulus payments helped reduce the projected growth rate of homelessness in the US by as much as 40% during the Covid-19 pandemic, according to a new report from the Economic Roundtable, a nonprofit research organization in Los Angeles, California.

The report comes at a time when homeless service providers are preparing to conduct their 2023 one-night counts, which help determine the funding levels needed to address homelessness locally. Meanwhile, runaway rents and home price increases in the US, an increasingly tight labor market, and stagnating wages are all increasing the likelihood that low-income households may fall into homelessness soon if governments fail to intervene.

“Struggling workers are either everyone’s responsibility now or everyone’s problem later,” the report said. “When poorly paid workers become jobless at the thin edge of the job market and then unable to pay rent, homeless destitution follows.”

In a previous report from 2020, the Economic Roundtable estimated that homelessness would increase in Los Angeles by about 23%, in California by about 17%, and across the US by 13% because of pandemic-related job losses. The report said there would have been nearly twice as many people facing homelessness because of Covid-19 than there were after the 2008 recession.

However, those projections did not materialize because of government interventions related to housing and employment income. Overall, the report said the total increase in homelessness for Los Angeles came in 43% below the organization’s original projections. Across California, projected homelessness increases came in at just 40% of the previously estimated total, according to the report.

“We estimated that the same reduction in homelessness achieved in California was achieved across the United States,” the report said.

Covid-19 Could Have Created Much More Homelessness

Yet the projected increase in homelessness didn’t occur despite the massive economic shock of the Covid-19 pandemic. For instance, California lost 15% of its jobs within the first two months of the pandemic compared to the 13% of jobs that were lost across the country. For further comparison, it took California 21 months to lose 10% of its jobs during the 2008 recession, according to the report.

On the other hand, the report said the pandemic did increase rates of “precarious housing”—a term the report uses to define people at-risk of experiencing homelessness—for workers with limited education and single parents. These increases were most predominantly felt in the Latino and African American communities. According to the report, both groups were more than twice as likely as the general population to face precarious housing situations.

Solutions to Build On

Despite the myriad challenges for low-income households that emerged during the pandemic, a bevy of solutions to prevent future increases in homelessness were also created, according to the report.

One solution the report notes was the use of eviction moratoriums to help keep people housed even if they lost their job or some employment income. The moratoriums helped prevent as many as 1.55 million evictions across the country, according to Princeton University’s Eviction Lab, and cut California’s statewide total evictions in half, the report said.

Another solution that emerged was the use of cash benefits to help people pay for necessities like food and shelter. Policies like the Child Tax Credit, which provided families with payments of up to $300 per child through December 2021, helped keep at least 20% of vulnerable workers from losing their homes.

Cities ranging from Denver, Colorado, to San Francisco, California, began piloting basic income programs that provide homeless people with monthly cash infusions with no strings attached. Denver is poised to spend more than $2 million on its project, which gives people a choice between $600 per month for up to a year or a one-time lump sum of $12,000.

San Francisco’s program, run by a nonprofit called Miracle Messages, gives folks payments of $500 per month for up to six months.

The launch of these programs shows that proactive solutions can help stem the rising tide of individual cases of homelessness, the report said. However, it remains unclear if local leaders will continue supporting them or if they will fall back on old reactive solutions like sweeping homeless encampments and jailing homeless folks for petty crimes.

“To solve the employment upheavals that cause homelessness, we have to resist the lure of simple thinking,” the report concludes. “Instead of looking just at people who are homeless now, we must pay attention to those coming down the tracks – precariously housed workers losing jobs and falling into destitution.”

The pandemic proved that we need to rethink housing in the U.S. It also showed that aid programs work when agencies and service organizations are provided with sufficient funds and clear guidance on spending aid dollars.

Contact your officials and representatives. Tell them you support keeping many of the pandemic-related aid programs in place for future use. They have proven effective at keeping people housed, which is the first step to ending homelessness once and for all.

All It Takes Is a Little Bit of Bad Luck in a Bad System It’s all too common today for the average housed person to passively consider themselves better than the average unhoused person. They don’t realize that they’re...