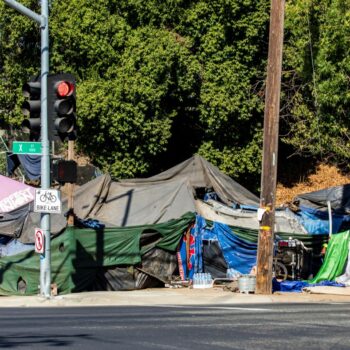 On January 3rd, mere days into the 2023 calendar year, Fortune and multiple other media outlets broke the news that this year is already economically doomed. A recession is coming, not just for America, but likely for all or most industrialized nations.

Multiple factors are to blame, including, but not limited to:

Kristalina Georgieva, the managing director of the International Monetary Fund, told BBC News the recession would sweep one-third of the world, adversely affecting economies far and wide. She subtly suggested that countries not in recession will experience the financial pangs of the crisis, which is set to slow global growth considerably.

“Even though labour markets around the world are fairly strong, the kind of jobs being created are not necessarily high paying and we’re going to have a recession,” explained Strategist and Head of Capital Markets at Mint Partners Bill Blaine. “We are not going to see interest rates fall as rapidly as the markets think.”

Wealthy Countries and Corporate Workers Are in a Tumultuous Situation

While 2022 was wrought with an air of financial uncertainty, 2023 is all but guaranteed to be a “tough year” for those highest on the economic food chain. This is particularly true for wealthy countries like the US and the UK, as well as corporate workers amid mass layoffs.

The tech field is especially vulnerable to significant strings of layoffs. The industry lost an astonishing 210,000 employment positions in 2022 alone.

Wells Fargo Investment Institute issued a statement claiming a pending recession would touch down in America in early 2023. Forbes projects it will happen later but still within the year. Two of the leading causes for these suspicions are high inflation rates combined with low participation in the workforce.

Before simply placing the blame on the working class, it’s important to keep Bill Blaine’s comment (above) in mind. A lot of the low workforce participation is the response to an overflow of extremely low-paying jobs that aren’t offering a livable wage.

Is a Global Recession Worse Than a Regular Recession?

A global recession is a macroeconomic crisis affecting countries whose economies overlap. This interconnected downturn in finances creates a series of synchronized recessions that cross country lines and last longer than the short recessions the United States is accustomed to.

This type of recession affects the whole world and is marked by the following:

In brief, a global recession can be worse than a regular recession if your country’s economy is heavily connected to the world’s economy. In the case of the United States, the answer is a resounding yes.

Will This Year’s Global Recession Mean More Homelessness in America?

Unemployment continues to be the second-leading cause of homelessness now as we wait on the verge of economic devastation.

In 2021, The Economic Roundtable released a study discussing the indisputable link between job loss and homelessness. That study suggests that if a recession does hit in 2023, it is likely to cause twice as much homelessness as the previous recession did in 2008.

Those most vulnerable to losing their jobs and eventually their homes include:

As of right now, there are almost 600,000 homeless adults on the streets of America on any given night. If doubled, that number could peak at more than 1 million people. This is equivalent to the number of people left houseless during the Great Depression when the Roaring 20s came crashing down, and the country was reduced to a growing network of Hoovervilles in place of affordable homes.

While this sheds a light of hope onto an otherwise dismal situation, analysts claim we will need large-scale government employment programs to stay afloat.

Talk to Your Policymakers Immediately Before the Recession Hits

The two leading causes of homelessness (a lack of affordable housing and unemployment) are already rising. With rental rates and mortgages skyrocketing and inflation wreaking havoc on the middle class, we are already in a state of crisis, with or without the global recession that is knocking at our doors.

Talk to your policymakers. Find out if they plan to implement large-scale government employment programs prioritizing livable wages and affordable housing for all.

Living with deep regret is a horrible burden to bear. It can be crippling. It is painful and often merciless. There is no way to go back in time and fix what went wrong, so you feel completely powerless and filled with...

And Why Is It Becoming Such a Trendy Thing to Do?  You may hear the phrase “criminalizing homelessness” more often these days but struggle to understand what that actually means. Surely there isn’t a law on the books...