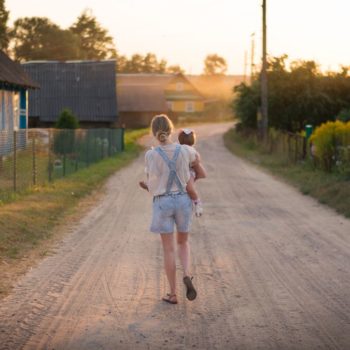 CBC reports that homelessness has always been a problem in Canada, but it used to be a hidden one. With many relocating to the nation’s rural landscape, the curtain is slowly pulled back, revealing the crisis just as it hits the countryside.

Under the weight of unparalleled economic hardship, tent cities are overtaking the Arcadian way of life. Is this the future of farmland in the Great White North?

Advocates say it isn’t the unhoused community projecting a bleak future across the cornfields. Rather, the problem is cropping up due to rising rents, stagnant wages, and the doubling of mortgages in the past five years.

What is Driving Unhoused People to the Rural Towns and Villages of Canada? The Fact That They Already Live There.

The erroneous idea that homeless people are from out-of-town springs from the campaign to shift the blame of homelessness from the shoulders of the larger political spectrum to the individuals experiencing its horrors first-hand.

The roots of this accusation go back to Britain, carpetbagging, and the kind of classism that created the wealth gap we know today. Such rumors endure because they are difficult to disprove, creating a conundrum that conveniently relies on a lack of data and human ignorance.

However, in the case of rural homelessness and this alarming emergence of tent cities over rural landscapes, it is easy to prove that the housed people came from out of town.

Statistics show a trend of urban consumers adventuring out into the vast heartland in search of everything from tranquility to adventure to just the sheer beauty of rolling hills and sprawling acreage. This beauty comes at a price. But it’s not to the new buyers arriving with forkfuls of cash to spare. The locals pay the price as many become homeless as new arrivers drive housing market prices way up.

Previously bound to cities by their high-paying jobs in corporate Canada, the abundance of available remote work for executives has made it easy for them to pick up their laptops, with their entire careers inside them, and go. Tamarack Institute’s Natasha Pei, whose research and involvement in poverty reduction programs is well-known, concisely summarized the situation in an interview with CBC:

“We’re seeing more people from the cities creating a boom on housing prices in rural communities.”

Many New Tent City Residents Can’t Afford to Rent, Own, or Even Leave

As this previously urban dilemma makes its way to the vast countryside where it has no alleyways or parking lots to hide itself, the general public is forced to face the harsh reality. Homelessness exists. And it can happen to you.

“I know people. I have places I can sometimes couch surf for two or three days,” said 59-year-old Stephen Webster, a Goderich native. His truck-driving income is not enough to support his father’s need for medical treatment and his own need for housing. His father climbs into the bed of a continuing care community, and Stephen hankers down outdoors, barely scraping by.

This is a tragic but redundant story across rural places like Goderich, Ontario. Locals do not have the same relocation opportunities as the new arrivals. They lack the transportation, financial resources, and in many cases, remote work opportunities afforded to the wealthier newcomers.

Unsuspecting locals who have long relied on an affordable rental system watch helplessly as the market turns against them. What’s worse, they have no safe place to go.

Blueprints for Solving Homelessness Are Often Based on Urban Infrastructure

Homelessness in rural Canada poses unique obstacles because the current solutions were not really designed to work against the backdrop of rural development. These areas do not have as much diversity in housing or transportation. With rental stock vanishing, many newly displaced people opt to stick around in the most familiar place. After all, they have an established support system even if they do not have a home.

But being homeless in a wide-open region often means fewer services are available and fewer opportunities to request help.

In the hustle and bustle of the city, panhandlers, rough sleepers, and precariously housed individuals are much more likely to come in contact with social workers, generous, concerned patrons offering up donations, nonprofit organizers, and advocates. In the country, this simply is not the case.

The scarcity of available resources makes it difficult to stay. At the same time, the lack of means and severing of support systems makes it even more difficult to leave. The end result is tent cities in the countryside and a problem made visible by default.

Urge Your Local Legislators to Act on Behalf of Humanity

Creating legislation that reduces or eliminates homelessness should be perceived as basic human decency, an act on behalf of humanity. Everyone should have a home, whether they live in the country, city, suburbs, or somewhere completely off-the-grid.

Urge your local legislators to make laws that reflect the interest of the people they represent, who are winding up on the streets at alarming rates.