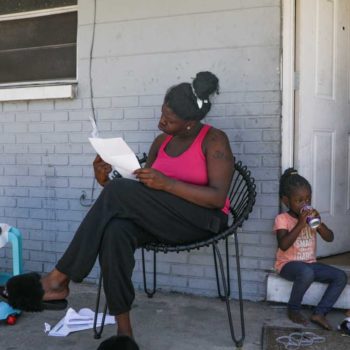 There lies no doubt that racism is ripping our country apart at the seams. Systemic in its nature, oppressive at its root, racism has unfortunately been built into the very fabric of our nation. It was the unsightly stain of racism that shaped our highways and roads. It was the nasty legacy of redlining that literally heated the pavement and polluted the air in urban environments nationwide.

Classrooms were weaponized against people of color. Western education was used as a model to perpetuate colonialist myths while wiping out entire cultures. In many cases, schools served as a source of assimilation or deprivation. While Native American tribes were being forced into boarding schools to unlearn their traditional ways, African American people were being pushed out of the education system entirely and forced into a state of illiteracy.

From all of this, there emerged an oppressive force of foot soldiers tasked with carrying out hate crimes against whole communities. Today, we know this force as the United States police force. The system accompanying this force is the US for-profit prison system.

Jill Lepore of the New Yorker explains how slave patrolling and Jim Crowe worked to create our modern system, which, to this day, wreaks of inequality, often functioning in tandem with other systems that perpetuate racism such as low-income housing.

In Tampa, Florida, Police are Encouraging the Eviction of Hundreds of African American Tenants

Many will argue that racism within the police force and across the housing system is a thing of the past. However, new data emerging from Florida shows that modern examples exist in abundance. Police brutality holding hands with racism is so commonplace that major media news outlets have no choice but to cover the startling events when they lead to bloody, violent ends. However, when it comes to racism-related to housing and homelessness, much of that information goes underreported.

Enter Crime-Free Multi Housing, a police-backed initiative reported by the Tampa Bay Times as being a type of information-sharing collective that exists between law enforcement and landlords. That collective has led to the blacklisting of approximately 1,100 tenants, 90% of whom share an African American/black racial identity.

This program was incited in 2013 and marketed to landlords as a way of keeping crime down (and profits up) in low-income neighborhoods. Under this initiative, police would send letters to landlords informing them of any “misbehavior” on their tenant’s behalf and encouraging landlords to evict tenants that local legal authorities identified as having been arrested. Even if the charges were for minor offenses and even if they were eventually dropped, these tenants still stood the risk of losing their homes. In fact, hundreds of African American families were kicked out onto the streets due to this newly implemented policy.

It’s important to note that black people in America are five times more likely than white people to be arrested. The Crime-Free Multi Housing Policy does not require a conviction for a letter to be sent out to landlords. It only requires an arrest.

In effect, this is little more than a contemporary witchhunt designed to chase African Americans out of their homes and into the shadows of homelessness, hopelessness, and abject poverty. A simple accusation can rob a family of the safety and security that goes along with being housed.

While this program is specific to Tampa, it’s important for us as a nation to understand how systems intertwine to create a gridwork of racism that puts people of color at an increased risk for homelessness and the horrors that accompany that state of living. We are already aware of other systems, such as the school-to-prison pipeline and the existence of rampant police brutality. To gain a deeper understanding of homelessness, we must acknowledge that housing and policing play a significant role in the ever-increasing rates of homelessness amongst African Americans.

When questioned by reporters about the racist and oppressive nature of the Crime-Free Housing Program, former police chief turned Mayor Jane Castor, who introduced the policy, doubled down. According to her, the program creates a higher quality of life for low-income residents because it lowers crime rates in their neighborhoods.

This statement is contradicted by actual statistics, which show a 36% surge in violent crime in the Tampa Bay region. A separate study released under Sage Journals Crime & Delinquency this past August confirms that rising rates of eviction increase crime rates instead of bringing them down. To quote the study directly, author/researchers Daniel Semenza, Richard Stansfield, Jessica Grosholz, and Nathan Link summarized their findings with the following statement:

“We find that eviction is associated with all three types of crime in fully controlled models.”

In addition to increasing crime, eviction also increases homelessness, which drains communities of vital funding they need for other resources. This is a lose-lose for just about everybody, except, of course, the landlords who already enjoy the benefits of a court system that leans heavily in their favor.

The devastating truth is that racist policies continue to fuel unjust housing circumstances, giving way to an unprecedented homeless crisis that disproportionately affects communities of color. Contact your legislators about preventing evictions and the spike in crime that all too often accompanies them.