Raging Facts about California Wildfires and Their link to Homelessness 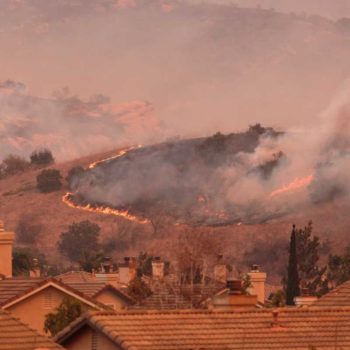 The United States of America is an anomaly for many reasons. It is a place of immense wealth and extreme poverty. It prides itself on exhibiting a social system where just about anyone can become a self-made millionaire. But if this is truly a place where anyone can make it, so to speak, then why is it that almost nobody ever does? Case in point:

As a point of reference, issues of socioeconomic status heavily influence our current crisis of homelessness. The top three leading causes are:

Anyone who wants to understand the distinctive brand of homelessness springing up from the urban and suburban pathways of the United States should look no further than sunny California.

California is often cited as the place to go if you want to “make it” in America. However, its sidewalks serve as a brutal reminder of just how far one can fall if their pursuit proves unsuccessful. California is currently the third-leading largest US state for homelessness. It is a state that has so wronged its brethren that it is now, quite literally, on fire.

This unique climate, when combined with the rise of wealth inequality and the unsettling trend of building empty luxury lofts where affordable housing units belong, has created a not-so-perfect storm of homelessness.

Smoke in the Air and Tents on the Street: Here’s How Wildfires continue to Fuel the Flames of a Statewide Homeless Crisis

Long before we needed masks to enter stores and travel across state lines, Californians had to shield their faces. The reason? Rampant wildfires burned so brightly that they ravaged an estimated 4.4 million acres of land, causing mass displacement in this place of opportunity. As part of the package, these wildfires emitted high levels of polluted smoke into the air, which was both damaging to local wildlife and dangerous to inhale.

Just because an international public health crisis occurred doesn’t mean the wildfires stopped raging and causing homelessness. Instead, we, as a nation, merely stopped paying attention. The LA Times recently referred to California’s 2020 fire season as its worst yet. They went on to call the fires “bigger and more destructive”. And air quality? Well, that was dubbed the “worst in decades”.

What this means for everyday residents is that the very real fate of homelessness is just one measly spark of fire from their doors.

They are already dealing with the aftermath of the pandemic. The statewide economy is shaky at best. Wealth inequality has skyrocketed post-shutdown. And worst of all, at a time when millions of renters are just one paycheck away from homelessness, economists expect LA rental prices to rise yet again.

The only way this predicament could be any worse is if there was a fire. And in 2021, we have not one fire but hundreds of fires. A record-breaking fire season is already underway, and more than 3.2 million acres have been burned to the ground. What makes this statistic more unsettling is the fact that the fires are making their way into highly populated areas.

According to CBS News, the wildfires have displaced an astonishing 200,000 California residents, leaving them stranded with nowhere to go. They are stranded at a time of mass unemployment, in a place where the housing crisis finds its roots. They remain stranded in public parking lots, fanning flames that used to be their own backyards.

These Displaced Californians are Climate Refugees

When you close your eyes and envision a climate refugee, who do you see? Do you picture someone from the United States or someone crossing the border fleeing a natural disaster in another part of the world?

If you think climate refugees can only be found in far-off places, you are wrong. The 200,000 displaced Californians are climate refugees as well. Their status doesn’t change simply because they were already living/working in California. All too often, we have the wrong idea regarding climate refugees, who they are, where they’re from, and how they lose their homes.

To put things into perspective, 2020’s wildfires ravaged 26 times more land than the wildfires in 2019, which themselves had produced an enormous number of climate refugees. Entire neighborhoods have been decimated. Tens of thousands of structures have become rubble overnight. The fires, two of which broke records as being the largest in history for this region, have ruined lives and left many people without a leg to stand on or a house to live in.

Adding insult to injury is the fact that many wildfire evacuation zones are located in lower-income communities. This means people who most often need to relocate from their houses are those who cannot afford to do so. This phenomenon has become so commonplace that there is even a new term coined for low-income, high-risk locations.

While natural disasters don’t discriminate, the uneven wealth distribution in this state is evident. Climate refugees are forced to migrate into zones where nature creeps into an otherwise urban setting. These zones, deemed “Wildland Urban Interface” districts, are becoming the only kind of property that low- to moderate-income earners in California can afford.

This situation puts them between a rock and a hard place. Or, in this case, between a tent and a blazing forest. In an interview published by MarketWatch, Attom Data Solutions firm representative Todd Tetta made the following claim:

“As if these counties weren’t already vulnerable enough to everything that’s happened in 2020, fire risks could be the proverbial ‘push over the edge’ in terms of making costs such as insurance higher, or unavailable completely, and sway buyers to other areas.”

The Bigger Picture: How California’s Crisis Affects Us All

Climate change continues to wreak havoc nationwide. Meanwhile, the affordable housing crisis gives way to predicaments such as the California exodus (working-class Californians fleeing the state in droves). This is all painting a bigger picture:

Urge your legislators to make housing a human right – one that cannot be denied to anyone so long as we all live and breathe.