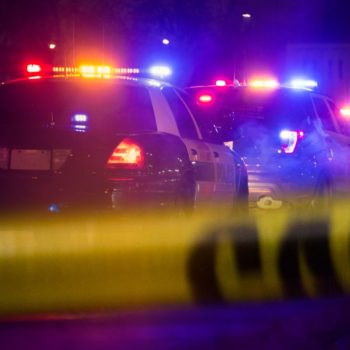 Disclaimer: The descriptions of crimes committed against unhoused people below are alarming. Discretion is advised.

“Most were what a prosecutor described as ‘shadow people’ – marginally homeless, without family or friends to notice they were missing.”

In October of 2021, Miami-Dade County, Florida officials came across one of the most heinous crime scenes of their careers. A sleeping man had been stabbed to death, his final breaths taken on the cold, hard pavement of Miami Avenue and 1st Street, according to NBC Miami. The perpetrator narrowly escaped, but surveillance footage of the grim incident showed 25-year-old real-estate agent Willy Maceo arriving just before the event and swiftly fleeing the scene moments after. The victim was identified as 59-year-old Manuel Perez, a homeless individual whose legacy has forever been tainted.

In the months following the attack, other gruesome shootings occurred nearby, one of which was fatal. As the investigation unfolded, police connected the senseless killings and identified a pattern.

Additional surveillance footage from a separate incident portrayed a muzzle flash of bullets being fatally delivered from the driver’s side of a Dodge Charger. The vehicle was also linked to the aforementioned real-estate agent.

When Willy Maceo was arrested on suspicion of these crimes, officials uncovered a gun on his person matching the bullets found in all three victims, two of whom did not survive the attacks. Now, officials have charged suspect Willy Maceo not just with murder but with serial killing, a crime he is suspected of carrying out within the homeless community for no reason other than the ominous prospect of murdering people in cold blood.

“These types of homicides are best known as serial killings.” She expounded on that definition by describing the actions as “a series of chance-like, detached killings.”

Sullenly, Police Chief Manuel Morales made the following statement about the crimes:

“Homeless individuals, for apparently no reason, have been brutally targeted.”

While there is something truly haunting about a serial killer hiding behind the professional façade of a real-estate mogul, secretly targeting homeless people as victims in what can only be referred to as “thrill-killing,” the concept isn’t the least bit new.

Tragically, this has been happening for decades with very little media coverage.

In 1993, a Prosecutor Referred to Homeless People Murdered by Serial Killers as ‘The Shadow People’

In the late ‘80s, a notorious killer masquerading behind oversized glasses and a grandmother-like persona was convicted of murdering nine innocent men and women. However, authorities suspect her murder count was likely as high as 25.

In a play for power and wealth, the perpetrator, later identified as Dorothea Puente, poisoned, strangled, and sometimes even buried her victims alive. She left their forgotten bodies in a garden right out front of the dilapidated boarding house she ran for years.

How did she get away with committing these spine-chilling crimes for such an extended time before being caught? In an archived article from 1993, New York Times reporters point out that most of her victims were homeless, marginalized, and isolated. Many were regarded as wanderers, their mysterious disappearances not sparking any outrage whatsoever.

The “death house” Dorothea Puente ran, while not technically a shelter, was indeed a place many social workers referred their charges to as a safe space to seek refuge and get back on their feet. In some instances, this vicious killer permitted boarders to stay in her unkempt rooming house “for free” and even went so far as to serve them home-cooked breakfasts and fresh baked goods. Tragically, the price for this service was often these people’s very lives.

Even as these human beings were ruthlessly ripped from existence, nobody questioned why their landlady continued cashing their government checks. It wasn’t until one heroic outreach worker became suspicious of the activity that a thorough investigation was conducted. Officials found countless corpses buried in this woman’s front lawn.

The tragedies at 1426 F Street in Sacramento, California, sparked necessary discussions about elder abuse and boarding house regulations. However, there was a stark silence in this national conversation when it came to protecting the homeless community, which is probably why these unfathomable incidents happen again and again.

In early March 2022, AP News reported on a very recent series of stalkings and shootings in New York and Washington.

The unsettling series of events has already resulted in at least three injuries and two deaths. It is believed to be the work of a masked madman with no motive.

All of the victims thus far have been identified as unhoused people. Surveillance footage suggests the attacks were unprovoked and that the victims appear to have been sleeping and chosen at random. The gunman, whose 22-caliber bullets have claimed innocent lives, remained at large at the time of this publication.

For decades now, some of the sickest individuals on the planet have plotted and planned to end the lives of innocent people who were already victimized by homelessness. Nobody deserves to be relegated to the fringes of society in such a way that they are living and/or dying in the streets, in the shadows of an uncaring world.

Homelessness is not just a desolate way to live. It is also often a gateway to a premature and gruesome death. Please contact your legislators and demand that they make housing a human right.

We hear many words used to describe people struck by the state of homelessness. Most of them are too appalling to be published. One word that is rarely used is humble, or better yet, grateful, not to mention inspiring...