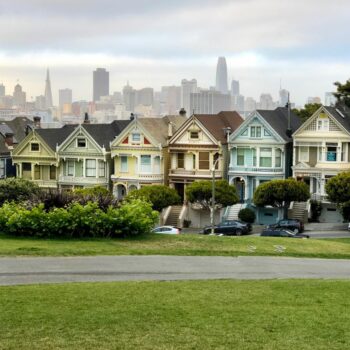 In late September, seven individual plaintiffs, along with the Coalition on Homelessness, filed suit against the City and County of San Francisco and Mayor London Breed for the city’s cruel criminalization of homelessness and the brutal policing, encampment sweeps, and destruction or seizure of personal property that violate the victims’ Constitutional rights. They are represented by the Lawyers’ Committee for Civil Rights of the San Francisco Bay Area, the ACLU Foundation of Northern California, and the global law firm Latham & Watkins LLP.

Given the increasingly legalistic approach to countering homelessness in cities and states across America, this lawsuit might be just the thing to stop unjust laws and lobbied lawmakers in their tracks.

Let’s take a closer look at what the lawsuit lays out.

What Exactly Is This Lawsuit Objecting To?

The lawsuit is pushing back against the city of San Francisco’s attempts to push homeless people out of sight and out of mind. Some of the ways they’re doing this include:

The practice of illegally seizing and destroying personal belongings of unhoused San Franciscans is a clear violation of the Fourth Amendment. The amendment states in no uncertain terms that “the right of the people to be secure in their persons, houses, papers, and effects, against unreasonable searches and seizures, shall not be violated.”

The legal team behind this monumental lawsuit further alleges that because the city lacks and has always lacked adequate, affordable housing and shelter for all its residents, all these citations, arrests, and harassment of unhoused people, therefore, violate the Eighth Amendment’s prohibition against cruel and unusual punishment.

Punishing people for not going somewhere else when there is nowhere else for them to go seems pretty cruel and unusual.

Let’s Hear from the Unhoused and Formerly Unhoused Plaintiffs

Three of the seven plaintiffs in this case have released short statements to be published in the lawsuit’s announcement. This is what they had to say about the city of San Francisco’s treatment of unhoused people like them, in their own words:

“We do not deserve to be treated like criminals and to have our belongings thrown in the trash when we are at our most vulnerable,” says Nathaniel Vaughn, a life-long San Franciscan who recently became unhoused.

Toro Castaño speaks from experience, saying, “The City’s sweeps [are] a dehumanizing disruption to the small ounce of stability that I was trying to build for myself during one of the hardest times of my life.”

Sarah Cronk agrees, saying, “We are just trying to scrape by and build as much of a life for ourselves as possible—with both dignity and safety. The city makes that impossible for us.”

These are just some of the people who have personally been affected by San Francisco’s callous disregard for its houseless residents. We’ll undoubtedly be hearing from many more as the lawsuit progresses.

The root cause of homelessness in San Francisco and beyond is the lack of affordable housing. As San Francisco has been on the leading edge of astronomical housing cost inflation, it has also led the way in homelessness as long-time residents were priced out of housing in their neighborhoods and pushed out onto the streets.

This is a simple thing to understand, and it would be a simple thing to solve if the political will were there. But instead of making the necessary changes to make housing in San Francisco affordable for all, the city has dedicated its resources to over-policing and criminalization that only make the problem worse. Like a child cleaning their room by shoving all the clutter under the bed, the city of San Francisco hopes to solve its homelessness problem by pushing all of its unhoused residents out of the city or into jail.

It hasn’t been working, and it never will. In fact, this approach has actively been making the problem worse for years. Criminalization, citation, and property seizure make it exponentially more difficult for a person to escape homelessness. Consider how hard it is to secure housing with an arrest record. Or how difficult it is to secure a job when your identification documents have been seized and destroyed. These things and worse happen to homeless people every day.

If the city of San Francisco and its mayor let it, this lawsuit could be just the wake-up call needed to let go of fear-based policies that help no one and invest in something we all need – safe, secure, and affordable housing.

Anti-homeless bias is ingrained in our society, and lawmakers certainly aren’t immune to that. Still, it would take some pretty strong prejudice to act against the interest of yourself, your city, and your constituents for so long by spending millions of dollars on heartless policies that are proven to worsen the problem.

Of course, many things can influence politicians beyond their internal sense of right and wrong. With that being the case, it’s a good move to make it as difficult and annoying as possible to do the wrong thing. It gives them plenty of time to reconsider selling out their moral compass.

A legal challenge like this one sends the message that we’re no longer going to sit back and allow these inhumane policies to operate unchallenged. We can only hope there will be more where this came from.

How to Respond to Crimes Committed by Homeless People Without Condemning the Entire Unhoused Population Prejudice against homeless people is at the root of so much cruelty. It’s just like any other kind of prejudice: a...

Toronto has come under fire lately, both for its homeless problem and its proposed “solution.” Currently, Canada’s most populous city serves as both a centralized hub of homelessness and a petrifying graveyard for...