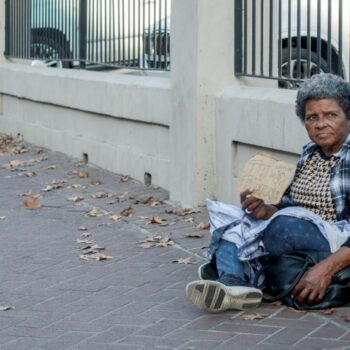 With inflation on the rise and a possible recession on the horizon, people from all walks of life and all sides of the political aisle are seeking ways to make and save money. From cutting corners and clipping digital coupons to carpooling and stashing their hard-earned coins away, there is no shortage of attempts at amassing savings.

Sadly though, many of these have proven futile.

CNBC reports that under the current economic climate, approximately 44% of Americans have been forced into a side hustle just to make ends meet. But when it’s all said and done, the time and effort invested into this hustle culture don’t usually pay off.

Experts call such efforts insufficient, pointing to the average additional earnings. These second jobs rake an average of $483 more per month at 13 hours per week, equating to just over $9 per hour. Once you’ve factored in other expenses like taxes and startup investment money, side hustlers are breaking their backs while barely breaking even.

Like making money, saving money sports its fair share of obstacles, mainly since it takes money to save money.

According to CBS News, nearly half of all hourly American workers, 48% to be precise, don’t have a red cent left in savings after the rent and other expenses are taken care of. And when it comes down to coming up short on spare cash, almost 1 out of 3 American workers can’t even stretch their checks until the next payday, finding themselves strapped and having to cut back on everyday essentials.

In a nutshell, innovative ways to save money are no longer an additional economic feature. Money-saving strategies have become needed in our gig-based, post-pandemic, topsy-turvy economy. And it’s a need that’s nearly impossible to fill.

In a candid interview with CNBC, one study participant identified as Amy explained how harrowing tax season is for her family. She said, “Tax time hurts because we don’t get a refund. We get a bill.”

Scaling back taxes could be just the break that every American needs. What if we could do it by ending homelessness?

This idea was presented by Fox Business and several other monetary publications back in 2016. It wasn’t a hypothetical scenario lined with an optimistic bias, but, to paraphrase the source material texts, as a real opportunity to save taxpayers money.

In 2017, the United States Interagency Council on Homelessness concluded that chronic homelessness, which at that time affected approximately 12% of the homeless population but has quietly spiked to 27% per present data, was costing taxpayers approximately $30,000 to $50,000 per person. They claim that providing permanent supportive housing for people experiencing homelessness would cut those costs by more than half, which is tens of thousands of dollars per chronically homeless person being returned to the federal budget.

Why Would This Save Taxpayer Dollars?

Often, we, as the general public, fail to reflect on the perils of homelessness because they represent a stark, sobering reminder of how heinous our current reality can be. So, we force those thoughts to the corners of our minds, dealing with them only when that reality is right in our faces. With homeless criminalization on the rise (a costly and futile endeavor in itself), it’s easy to forget how expensive it is to cycle homelessness rather than solve it.

In truth, we spend millions on temporary programs and prisons, billions sweeping the problem under the proverbial rug, and hundreds of millions on hospital visits and general healthcare because we have chosen to leave our fellow human beings out in the cold.

Sources at Fox Business said, “80% of the total government costs spent, from emergency room visits to jail time,” are attributed to the chronically homeless community. And no, we are not spending this money to end homelessness. Instead, we are using the funds for precisely the opposite cause.

In a bitter twist of irony, this equals less money for taxpayers and more homelessness nationwide. We are knee-deep in a lose-lose situation. As calls for the criminalization of homelessness increase, we are digging for ourselves an even deeper hole and a shallow grave for our already precarious economy.

Earlier this year, the LA City Council voted to draft and enforce stricter anti-homeless legislation, further proving their fascination with enforcement over solutions. No wonder more than half of their $100 million budget toward “ending homelessness” was filtered into the pockets of law enforcement officials and departments.

This unsettling trend is in no way unique to LA. In fact, it is sweeping the nation, literally and figuratively.

In Tennessee, criminalizing poverty has ballooned into a $534 million operation. Notedly, the region recently made headlines for becoming the first state to make public camping a felony.

Meanwhile, in New York, Mayor Eric Adams, who “talks about street homelessness as though it were a personal failure,” has ramped up on criminalizing unsheltered people and families. He has honed in on subway system dwellers as his next targets for institutionalization, i.e., prison.

Unnerving as all of this is, it could not be happening without our national seal of approval. Contact your local legislators and ask them to start spending government funding wisely and humanely by drafting laws to solve homelessness today.

Diversion is the intervention that has the greatest impact on the community level for those experiencing homelessness. It helps people avoid entering shelter and/or the homeless response system by resolving their...

Earlier this month, news broke that two planes carrying illegal immigrants had arrived in Martha’s Vineyard. They’d been told there would be opportunities waiting for them, including jobs and social programs. Not only...

The Epicentre of Canadian Street Homelessness Is Seeing an Uptick in Homeless Death and Assaults The sizeable urban centre hosts a fluctuating number of street sleepers, recording 2,000-plus individuals as of 2019. The...