Tennessee Moves to Make Camping on Public Land a Felony 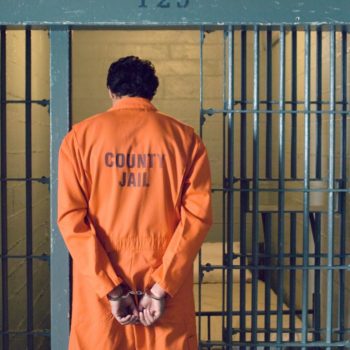 “Don’t look down on us because we’re down on our luck,” an unhoused Nashville resident identified as Georgia told Chris Conte of News Channel 5.

Georgia and her partner Kenny’s homeless story, like countless others, began with just one missed paycheck. Kenny, a Vietnam vet, and Georgia, a hygiene enthusiast with a sunny disposition, were living under a bridge when news cameras caught up with them. Tragically, their story isn’t all that rare these days. Increasingly, homelessness in Nashville and other parts of Tennessee is becoming commonplace.

“I’ve been a park ranger for 22 years,” a member of Knoxville’s unhoused community explained in an interview with WBIR Channel 10. “My husband cheated on me and now I’m by myself,” she continued, her sad eyes scanning the underpass where she resides.

Another interviewee revealed the tragic truth that he had been homeless for his entire life. These are the stories rarely shared as the homeless crisis continues to unfold.

Homelessness is Hitting Tennessee Hard in 2022

The 2020 PIT Count exhibited a modest decrease in statewide homelessness in Tennessee that year. However, an April 2022 report showed astronomical increases in specific regions of the state. For example, homelessness in the Southeast region of Tennessee, where places like Chattanooga are located, exhibited a 153% increase compared to the previous calendar year. Chronic homelessness in that area skyrocketed by 118%, while unsheltered homelessness doubled statewide over the past nine years.

On a national level, the lack of affordable housing:

In Tennessee, the biggest barrier to housing differs ever so slightly from national trends. It has been identified as insufficient income. Health conditions, previous evictions, and unfavorable marks on public records are also playing pivotal roles in displacement. That last part deserves a lot more exploration given the state’s most recent policy shift, which leans toward criminalizing rather than solving the crisis.

As Tennesseans buckle under the pressure of crushing wealth inequality, the government isn’t offering any favorable lifelines. Instead, the push to criminalize homelessness with anti-camping bans that violate the Constitution’s Eighth Amendment has increased. Now, in what can only be described as a heartless motion, Tennessee is taking steps to become the first state to make camping on public land a felony.

Unironically, supporters of this bill and others like it have quite literally hailed Hitler as the model homeless-to-riches story they’d like members of the current unhoused population to adopt. When speaking in support of homeless criminalization, Republican Senator Frank Niceley inserted the following reprehensible quote:

“Hitler lived on the streets and practiced his oratory and body language and how to connect with the masses and then went on to lead a life that got him in the history books”.

It’s pretty clear which side of the history books supporters of this bill would like to find themselves on. The question now becomes, will you stand on the other end of their Nazi-infused propaganda flag? Or, will you fight in opposition by standing with our neighbors in need? The unhoused community in Tennessee desperately needs your help and they are running out of options and time.

Here’s What Will Happen on July 1, When Camping on Public Land Becomes a Felony in Tennessee

Tennessee Governor William Byron Lee never technically signed off on the pending legislation. Rather, his failure to stop the ball from rolling caused this bill to pass. It becomes effective July 1, 2022. This is a clear example of the volatile impact inaction can have when the rights of vulnerable citizens are threatened.

Under this new legislation:

This piece of harmful legislation poses another, less noticeable threat as well. It threatens to encourage other states to follow suit and become increasingly more aggressive with policies that target people struggling from homelessness and poverty.

Anti-camping bans are already on the rise. Harsher punishments for encampment residents are already being enforced even though they directly violate the Constitution. Prisons are already brimming with unhoused individuals. Many are behind bars for the lone “crime” of falling into the harrows of homelessness. Worse, without a viable address, many of them are forced to remain in jail long after they complete their sentence. This causes prison overcrowding and a host of other undesirable circumstances.

In an interview with NPR, CEO of the National Healthcare for the Homeless Council, Bobby Watts, concisely explained the most glaring problem. The bill is not designed to solve homelessness.

“The big problem with this law is that it does nothing to solve homelessness. In fact, it will make the problem worse,” he declared.

Prison Isn’t a Way Out of Homelessness. It is a Revolving Door Back In.

A 2018 report found that formerly incarcerated persons are ten times more likely to become homeless when compared to the general population. The idea that prison can somehow reform homelessness is extremely deceptive when given the facts. When an unnamed homeless man in Knoxville was asked by WBIR Channel 10 reporters how he wound up on the street, his sobering explanation was as follows:

“I ended up spending 17 months in prison, and nobody’s given me a chance since I’ve gotten out.”

Express Your Outrage Over this Bill and Others Like It

With Tennessee paving a path for harsher homeless criminalization, it’s only a matter of time before other states begin embracing this backward policy.

Please contact your legislators. Share how outraged you are that government figureheads across the country keep choosing handcuffs over housing and prison profit over human rights.