Van Life Is Not an Adventure When You’re Homeless 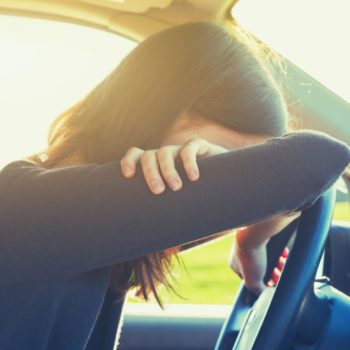 Five separate mechanics have looked at my van at three different shops. They all tell me it’s a good van that’s just starting to show its age. Of course, a van from 2009 with over 150,000 miles on it will have issues. However, I’ve known people with older vehicles who get away with oil changes and the occasional repair that amounts to under $1000 here and there. They have had their vehicle for years. That’s never how my luck runs.

I did everything right. I ordered a Carfax report, and a mechanic looked it over and passed it for inspection when I bought it in 2020 for $5,500. The van replaced my 24-year-old Plymouth van that had no prayer of passing inspection again without dumping massive money into it.

The sellers drove it to where I usually am located, and it drove well. It got new tires and had an oil change. What could I have done differently to have changed the outcome?

After a few months, the radiator sprung a leak; that repair was $600. Then another issue having to do with the regulation of the cooling of the vehicle happened, which was another $600. Then the following year, 2021, things got worse.

First, the air conditioning died just as summer began, costing $1,700 to repair the entire system. Now I hear some people say, “But you can live without working air conditioning. Just open the windows.”

I am sorry, but no, I cannot. I have a medical condition known as heat intolerance, which is common in patients like me with multiple sclerosis. Staying cool is vital to my survival (though I could make the argument that my life isn’t worth surviving).

Shortly after that, I had a tire blowout. That cost $157 because the tire was unsalvageable, and then as if I didn’t pay enough “car karma” since getting this van, I am hit with another massive repair. The front end needed new brakes/rotors/wheel bearings/calipers and an alignment. That resulted in another $2,000!

The repairs were done just before winter set in. I thought I was home free. Then in January, the ABS light came on (Anti-lock Braking System). I had never driven a vehicle with an ABS, so I was surprised. Some optimistic people told me it’s probably a tiny problem like a sensor that needed replacing.

But the good news was that you can still pass inspection even with the ABS in New York State.

So in mid-February, I took the van to be inspected six weeks before the inspection would be up on March 31s. Imagine my shock to find out the van wouldn’t pass, not because of the ABS thing, but because the computer was reading “Not Ready,” and there were codes to be cleared pertaining to the O2 sensor and other things.

I’m not a vehicle person, so please don’t ask me to explain all the technical stuff. I drove off with a new battery, which was warranted. Then they told me to drive 100 miles to reset the computer, and all should be fine.

Five hundred miles later, after driving, coming in for a check, driving another hundred miles, and checking in with them repeatedly, the computer still didn’t clear. During that time, I received a ticket for driving without an inspection sticker. The van finally passed inspection three months later, costing me an unbelievable amount of money just in fuel, as fuel rose to almost $5 per gallon!

Five different mechanics looked at the van during this disaster of failed inspection. I should add this dragged on because automotive shops are backed up to two to four weeks for appointments. There is also a vehicle shortage. Used vehicles are in demand and going for much more money than they were worth at the start of Covid, which is when I bought mine.

As of this writing, I am currently in the process of circulating yet another gofundme that my friend set up to pay for repairs.

The repair I did in the front end only seven months ago is now needed in the rear. Brakes/wheel bearings/rotors/calipers. Four of the five mechanics I’ve seen in three different shops feel strongly that this repair should resolve the ABS issue. That system is engaged all the time now. Braking is getting scary. I can’t quickly brake on a dime. Anytime I brake at all, I can feel the ABS engaged.

In 2022, the van has cost me $800 between an O2 sensor replacement, a new battery, and other stuff. Now I face another $2,000, and the year is only half over. This is not to mention the cost of gasoline, which I cannot begin to calculate how much I have spent so far in 2022 on gas.

As mobile homelessness becomes increasingly prevalent, the price of van life is getting even more expensive, including the cost of used vans. Life in a van sucks, but the luxury van life advocates have made it sound glamorous. It’s great if you have unlimited money. If the van needs work, you can check into a hotel, and you don’t have to panic about not having enough money to pay the mechanics. You have a shower, bathroom, and kitchenette in a luxury vehicle. In a passenger van or car, you don’t.

I invite you to view Mobile, a film I reviewed about mobile homelessness made in California by Invisible People. It will give you a taste of what life is like when a car has to double as your living place.

There may be some people for whom this lifestyle works. For most people, it does not. And when you are disabled with special needs and need medical equipment requiring electricity, life in a van is hardly a fulfilling way to live.

Also, trust me on this, it’s not cheap. You have no fridge for food storage, and gas costs alone will consume much of your monthly allotment. If you think vehicle ownership is a hassle, imagine the non-stop stress of vehicle dwelling on top of that! If you’re poor, I don’t recommend it.

We hear many words used to describe people struck by the state of homelessness. Most of them are too appalling to be published. One word that is rarely used is humble, or better yet, grateful, not to mention inspiring...