The sizeable urban centre hosts a fluctuating number of street sleepers, recording 2,000-plus individuals as of 2019. The metropolitan super-city is home to over 630,000 west coast residents. Comparably, those numbers are high per capita. Documentation can only capture numbers based on under-housed citizens who can be located and are willing to engage.

The Vancouver area has also taken up a new mantel in recent years – one entrenched in tragedy.

Gaining notoriety, Vancouver has also become home to a litany of high-profile crimes of violence against the city’s most vulnerable. Activists are calling for legislative action to curb the rising body count of homeless citizens being victimized by dangerous assaults, murder, and vindictive nimbyism. And it’s not just Vancouver. Nearby Langley has also made headlines for its significant tragedies. 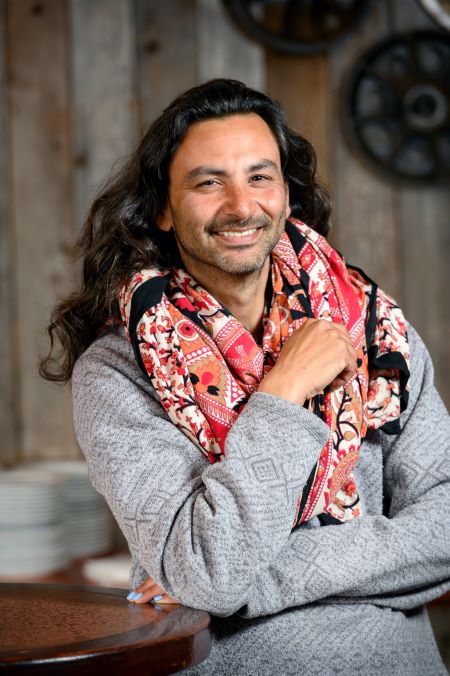 Author Kishone Roy, 45, doesn’t mince words about their disgust at the atrocities and the anguish they feel for those impacted. The long-time housing activist, author of the book “Make Housing Central,” the former CEO of the British Columbia Non-Profit Housing Association, and former chair of the BC Rental Housing Coalition, Kishone brings an experienced voice to their critiques.

“When I heard about the mass shooting in Langley targeting people sleeping outside in tents, I thought it was a national tragedy. The level of violence perpetrated on those in our society who are most vulnerable is something we are all responsible for because we, as Canadians, failed to protect them from the elements and from harm,” Kishone said.

On July 28th, two local homeless men were murdered by a shooter, seemingly at random.

According to a CBC News report, “Police have identified the two men who were shot and killed in Langley, B.C., during a series of attacks that also left two people injured and the suspect dead. A statement identified the deceased victims as Paul David Wynn, 60, and Steven Furness, 43.”

It further noted that “Wynn was shot dead outside the Creek Stone Place supportive housing complex on 201 Street around 3 a.m. PT, the second of four people who were shot over the course of several hours. Furness was killed near the Langley City bus loop at Logan Avenue and Glover Road just after 5 a.m.”

The suspect in these shootings was later shot dead by police outside a nearby shopping centre.

This atrocity is one of many affecting the area’s most vulnerable. Another incident involved a homeless woman who suffered severe burn injuries after being intentionally set on fire while sitting on a sidewalk in downtown Vancouver.

Constable Tania Visintin noted in a police statement that she felt that “This was a shocking attack that targeted a vulnerable member of our community.”

According to a Global News article, “the woman, in her 50s, was sitting on the sidewalk around 1:30 a.m. when a stranger came up to her, poured a flammable substance on her head, and then lit it on fire. [She] was able to run to a nearby business for help, and that’s when she was transported to the hospital. The woman [is] in serious condition,” while the mid-30s assailant fled the scene before he could be apprehended.

Kishone recalled a time when these ultraviolent issues didn’t demand as much attention:

“I am old enough to remember a time in Canada when we didn’t have mass homelessness, and I hope I am young enough to see that day again. But I worry that homelessness is becoming normalized in the minds of far too many people. I don’t think there is a new trend of violence against rough sleepers. I think they are constantly victims of a range of crimes – many unreported, and some perpetrated by the institutions meant to protect them.”

When asked what steps we can take to prevent violence against our vulnerable neighbors, Kishone said raising awareness and well-wishing are no longer enough.

“Many people talk about the need for more empathy, more housing supply, and more legal support for housing as a human right – and I agree every time. However, I worry about our collective inability to have an adult conversation about the basic supports people need to survive in Canada today.”

“In BC, people on welfare or disability are only offered $375 per month for shelter. That is widely insufficient, but it gets worse. When somebody cannot find rent for $375, the government takes that money away, forcing them to sleep outside. That shelter rate hasn’t changed in 15 years, and during that time, homelessness has surged across the province.”

“We didn’t use to treat people this way, and we don’t need to do it now. People should get enough support to find basic shelter for themselves, but that same BC Government charges $30 a night for a campsite. That same government owns many of the Single Room Occupancy hotels that are deteriorating in Downtown Vancouver.”

And while the homelessness epidemic continues to grow, so does the anxiety and evidence that violence will continue.

A Daily Hive article reported that Vancouver Police had recently “arrested a suspect after an investigation revealed that he allegedly pointed a loaded gun at a homeless man.”

According to a statement from Vancouver Police, “officers responded immediately after a bystander called the police to report an altercation between two men” in a downtown laneway, but also noted that “thankfully, the victim wasn’t harmed in the altercation.”

In another incident, a Vancouver man was arrested for using a machete in a homeless camp attack. The suspect was accused of robbery and “striking another man in the back of the head.”

And the cases of violence against homeless people don’t stop there.

Other incidents include the 2020 death of Carlos Robles Palafox, who was found dead in the wooded camp area known as “The Sanctuary.”

And the 2021 randomized assault on a homeless man caught on film. “The video begins with a group of men arguing on the street. Police believe they know each other. When a homeless man walks by the group, a suspect swatted him in the head, chased him down the sidewalk, and pushed him to the ground. The video then shows the victim being repeatedly kicked until another man intervenes and pulls the suspect away,” according to a CTV News report.

Sgt. Steve Addison of Vancouver Police said, “this must have been terrifying for the victim, who is already vulnerable and did not deserve to be treated this way.”

Of course, this begs the question: Why does this keep happening?

“What options do people have?” ponders Kishone, noting their frustrations with reoccurring themes of violence, loss, and desperation.

“Across Canada, our support levels for the most vulnerable haven’t kept pace with the basic cost of living. When I hear of acts of violence against those who are sleeping outside – I feel responsible,” Kishone said. “As a citizen and a community leader, I’ve tried to influence public policy in a way that leads us back to a day where everyone has shelter. However, despite years of discussions and advocacy, I know I have failed to communicate how urgent the need is for people who are unhoused today.”

“The failure leading to loss of life is also a legal one,” Kishone continued. “Canada’s Charter of Rights and Freedoms should empower people to obtain, at very least, the basic necessities of life from their governments – and it has not.”

“Why doesn’t the law protect people? Why are human rights eroding and people sleeping outside during a time when governments are posing massive surpluses, and our economy is the envy of the world? Who is paying the price for this austerity?”

In closing, Kishone shared: “[These violent acts] make me think of all of the systems of oppression that have led to vulnerability. Our social safety net needs repairing, but there is a hole in our values system that is preventing us from acting.”

Tips for Journalists to Improve Reporting on Homelessness Nearly half of Americans are afraid of people experiencing homelessness. About 35 percent of those surveyed agree with the forcible removal of people from...