What West Virginia Proves About Homelessness and Drug Addiction 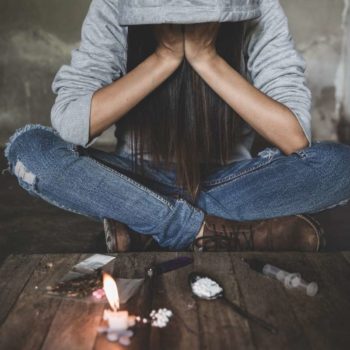 In a 2020 research study, Invisible People attempted to dissect the general public’s views on homelessness. Understanding public perception as it relates to social matters is vital because in a capitalistic society, public interest shapes policy to a certain extent.

We witnessed this in recent years when COVID-19 swept the country, and the government responded by shutting down businesses, leaving millions unemployed. The disgruntled public fought hard for safeguards – and received them. Stimulus checks were distributed expeditiously. Evictions were temporarily banned. Assistance – financial and otherwise – was ramped up to account for the crisis.

Not Surprisingly, the General Public Thinks Crisis-Related Unemployment Should be Immediately Addressed and Rectified. But, What Does the Public Think About Homelessness?

Sadly, according to Invisible People’s data, an astounding 60% of the general population thinks the leading cause of homelessness is addiction or mental illness. This means that most of the public is grossly misinformed about the most impactful cause of this ever-growing crisis.

Note that the issues of addiction and mental health are deeply personal. Some might even point to them as flaws. Making the homeless crisis look like a personal flaw instead of a social failure has been the task of the media for centuries now.

In an article produced by American University and published online by Newswise, researchers found that major media outlets such as newspapers and television programs “under covered, oversimplified and misrepresented” homelessness. In fact, one of the most cited “solutions” to homelessness, according to the media, is for the homeless person to overcome drug addiction. The least cited solution would be to improve unjust housing policies and systems that perpetuate poverty.

As you might have guessed, the reality is the complete inverse of what is being shown on television. So, when 79% of Americans turn on the news or flip through the newspaper to absorb the minuscule stories on homelessness trickled out into the public like a water reserve, these readers and viewers are misinformed.

Homelessness by Numbers: A Breakdown of the Actual Causes of Unhoused Status in America

Throughout the past few years, we at Invisible People have tried to counter the harmful narrative that has been circulating. We have released several fact-based, data-driven critiques regarding the homeless crisis and the fact that drug addiction plays a significantly smaller role than you have been led to believe. As a point of reference, please see:

Truth Talk: 74% of Homeless People are Not Drug Addicts

How Homeless People are Misrepresented in Media

That’s right. Drug addiction isn’t even in the top three. Yet, even with these numbers exhibited through countless studies, the general public remains largely unconvinced.

In October of 2021, Executive Director of Housing Rights Initiative Aaron Carr provided profound insight on this subject via the following Twitter thread:

Counterpoint: The worst State for drug overdose deaths in ?? is WV, which also has one of the *LOWEST* homelessness rates.

Conclusion: Drug addiction is a factor in homelessness, but the lead factor is housing costs. pic.twitter.com/giWeZ0AY7c

To quote directly from the source, Carr led with the following statement:

Counterpoint: The worst State for drug overdose deaths in the United States is WV, which also has one of the *LOWEST* homelessness rates.

Conclusion: Drug addiction is a factor in homelessness, but the lead factor is housing costs.”

Herein, rather than examining individuals, we look at data related to entire states and then see where each state ranks regarding homelessness and drug addiction. It’s clear to see that West Virginia boasts the highest rate of deaths by overdose nationwide. Yet, it simultaneously holds the title of seventh-lowest state for homelessness. This could seem like a coincidence, so let’s expand the research a bit more.

How States Rank Regarding Homelessness, Drug Addiction, and Housing Costs

Then, what about California, the state most notoriously known for homelessness and currently holds the fourth position for highest homeless rates in the country? One might assume that surely California has a different record, but no… The trend continues. The sunshine state is actually 36th in Opioid deaths and addiction and 31st in overall drug addiction ranking.

This trend is so strong. It seems that there would have to be at least one exception. There is. District of Columbia holds the top position for both homelessness and drug addiction. However, it’s important to point out that D.C. also ranks extraordinarily high in its rates for housing. In regards to drug addiction vs. homelessness statistics, research shows that D.C. is the exception. Therefore, it does not disprove the rule.

States with the Highest Housing Costs in Chronological Order:

States with the Highest Rates of Homelessness in Chronological Order:

*Note that District of Columbia has the second-highest housing costs nationwide. Do you still think homelessness is a drug issue?

In a World Where It Shouldn’t Matter What People Think of You, It Does

It’s nice to envision a world where you can walk around not caring about your image – a world where it doesn’t matter what other people think as long as you know the truth. That is not the world that we live in.

If the general public continues to perceive addiction as being more of a factor in homelessness than affordable housing, politicians will prioritize rehabilitation programs over affordable housing. If we don’t address the real issue, there will always be homelessness, and it will grow at unprecedented rates. In a world with an uncertain economic future, that homelessness could even happen to you.