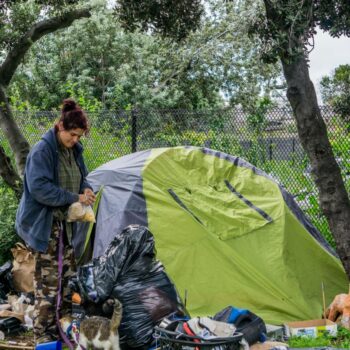 As we march headstrong out of 2022, 2023 promises to feature a new year, maybe even a new you. But what would you do if you only had 47 years to spare? Not 47 years from this point on, but 47 years total on planet earth?

Between 1900 and 1912, the average life expectancy for American citizens ranged between the late 40s and early 50s. Life was drastically different back then. For starters, there was no such thing as a teenager. The concept of adolescence as a distinct timespan in a person’s life came into play in 1944, and the word “teenager” was introduced initially as a marketing ploy.

According to the U.S. Census, even the concept of childhood as we know it today was seriously altered to the point where it almost didn’t exist. Nearly two million children were active members of the workforce, with children younger than age ten already eaking out meager wages at factories, mills, and on street corners. Children as young as five could be spotted selling newspapers into the wee hours of the night.

Since life ended sooner, it started sooner as well.

The average Gilded Age American woman gave birth to the last of her seven children at the tender age of 33. Today, the median age for new motherhood is 30 years old.

Education rarely went beyond a few years of formal teachings in a one-room schoolhouse. Such was the climate for people who rarely lived to see 50, a number now associated with being “middle-aged.”

These were dark times indeed from a modernist’s perspective. What if I told you those times aren’t actually behind us, that there is a subgroup of people in the United States of America whose life expectancy maxes out at 47 right now in 2023? Enter the homeless population and the silent plight they face.

People Who Experience Homelessness Die at a Median Age of 47

This is approximately three decades shorter than the life expectancy for housed individuals. It’s important to note that this severing of the average lifespan happens even when people are transitioned into housing, lending significantly to the hypothesis that homelessness is the root cause.

Other underlying causes include:

*All of the above-listed conditions happen due to the homeless experience and are generally associated with the prospect of living unhoused regardless of other conditions or attributes. So, blaming this decreased life expectancy on secondary causes of homelessness like drug addiction or mental illness is misleading when all the data is considered, and the leading causes of homelessness (lack of affordable housing, unemployment, and poverty) are taken into account.

The Question Remains: What Would You Do If You Knew You Only Had 47 Years to Live?

In the distant past, people accomplished a lot with under half a century to spare. They finished school, began careers, ran farms, and started families.

They shaped the world today on a broader social scale by revolutionizing science and industry to bring us cars and furnishings, arts and crafts, culture, and literary techniques. But then, the world was built to function around the average life expectancy.

Today, the average age of a college graduate ranges from 23 to 33, depending on the degree. Fulltime workers won’t reach their peak earning potential until they’re almost 50. This means that if they experienced homelessness, they’d already be dead by the time they’ve reached the pinnacle of financial independence.

As harsh as that sounds, this is a subtle, underreported way of oppressing a marginalized class of people who are told to pull up by their bootstraps but are likely to die before they even receive the chance. Take a moment to consider all the things a homeless person is disqualified for simply because they’re likely to die prematurely:

There are many ways to oppress a population of people covertly. One of the most nefarious of these is to drastically reduce the amount of time they get to live. There is a large and overlooked tragedy hidden behind the fact that the very people who have witnessed the underworld of modern society are unlikely to live long enough to tell the tale.

Contact Your Legislators and Advocate for Your Houseless Neighbors Today

Now that you know the life-threatening predicament that all homeless and formerly homeless people endure, it is time to take action. Call or email your legislators and tell them you want housing as a human right.

Victim Was Punched, Pepper Sprayed, and Dragged Off a Near-Empty Train by Police Officers On the night of May 25, 2020, Joseph T. left a crowded shelter and boarded a 6 train with a few tote bags. Since the train was...

Lack of Affordable Housing and Unemployment Are the First and Second Leading Causes of Homelessness, Respectively When rental prices rise, and employment dips down, the inevitable aftereffect is increased homelessness...

View Through a Frosted Window Have you ever felt the chill of winter just before it hit? Maybe you were in your warm house, cozy beneath a soft plaid blanket, your hand cupped around a warm beverage while watching...