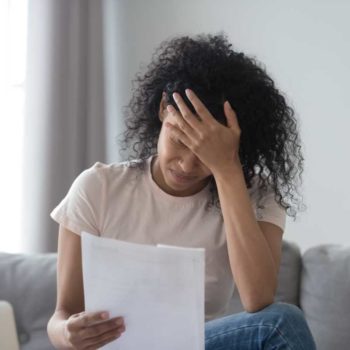 Billions of Dollars in Rental Assistance Is ‘Available’ for Renters in Need… Or Is It?

It’s been well over a year since the international public health crisis known as COVID-19 swept the globe. Government-mandated shutdowns wreaked havoc on the United States economy. Unemployment peaked. Millions of workers living paycheck to paycheck were forced into abject poverty. How quickly we learned, through this trauma, that our social safety nets were far from secure.

In response to multiple public outcries spanning the nation from state to state, US politicians began implementing temporary safeguards. Therein lies both the problem and the solution. Yes, they were safeguards. No, they were never designed to work forever.

In July of 2021, the Aspen Institute released data revealing that approximately 15 million renters are in arrears, leaving them with a heightened vulnerability to homelessness. Other experts project that number as lower, somewhere between 6 million and 12 million depending on the source. What is clear is that millions of people from all walks of life are at risk of residing on a street corner near you.

The brutal reality of looming homelessness is not to be understated. Collectively, we brace ourselves for the inevitable, for the “avalanche of evictions” that housing advocates have been saying will take the nation, or perhaps the world, by storm.

When historians look back on this moment, will they do so with a gasp of horror or a sigh of relief? Only time will tell.

As of this writing, the national eviction moratorium, one of many temporary solutions presented to the American public at this time of crisis, is null and void.

CBS News points out that the temporary ban on evictions was “was initially put in place to prevent further spread of COVID-19 by people put out on the streets and into homeless shelters.”

Rattling as it may seem, this statement is accurate. The eviction moratorium was never about preventing homelessness for the millions of American workers who found themselves miserably unemployed due to the international health crisis. It was always about reducing the spread of the virus.

With vaccines on the market and the nation opening up like a flower resting under cool winter frost, our government sees no reason to try to prevent millions of people from falling into the horrors of homelessness.

$43 Billion in Rent Relief is Available, but Maybe Not for Renters

Of all temporary solutions brought forth in an international scramble, the $43 billion in rental assistance seemed most promising in combatting homelessness and stormy eviction avalanches. Unfortunately, that money is becoming just one more broken promise.

On August 26th, 2021, NPR reported that only 11% of the $43 billion in emergency rental assistance had been distributed to those in need.

This seems like a basic math problem. Millions of people need help. Billions of dollars have already been allocated to help them. Give the money to the people and solve the problem? Once again, we’re told it’s not that simple.

Housing authority experts cite a wide variety of reasons why state and local governments are having distribution issues. Beyond the bureaucratic red tape, some of the most widely cited reasons include:

To make matters worse, or at least that much more perplexing, states have a September deadline for all of these billions of dollars in funding. If it doesn’t wind up in the hands of American renters, guess who loses it forever? You’re probably thinking of the government that can’t seem to distribute the funding in time. Perhaps, you suspect the landlords who refuse to participate.

Shockingly, however, the very renters facing eviction will also lose this funding if it doesn’t reach their bank accounts in time.

In September, the money doesn’t disappear. It gets redistributed. So, what exactly does that mean?

It means that it can be re-allocated to a different sector. For example, the city of Philadelphia redistributed (a.k.a. stole) emergency rental assistance and used it to fund police and for-profit prisons.

This is a smack in the face to the American people who are being penalized repeatedly for other people’s negligence.

To recap on the timeline of events, in February 2020, millions of workers were laid off due to government-mandated shutdowns resulting from a worldwide delayed reaction to a public health crisis.

In 2021, the funds earmarked as a safeguard against eviction for the workers/renters/citizens most at risk are quietly and conveniently getting ready to be “redistributed.”

And what awaits the cash-strapped masses as the Band-Aid solutions fall apart and the gaping wound that is American poverty spreads? Homelessness. That’s what the future looks like in a nation with no emergency rental assistance, no eviction moratorium, and no stable economy.

In a rather blunt tweet, The National Low Income Housing Coalition summarized the immediate need to do more, stating:

Please contact your legislators and ask them what their plans are for preventing eviction and distributing rent relief to actual renters in need – not police officers, not the healthcare industry, but the people who were initially supposed to receive it.