Where in the United States is it Illegal to be Homeless? 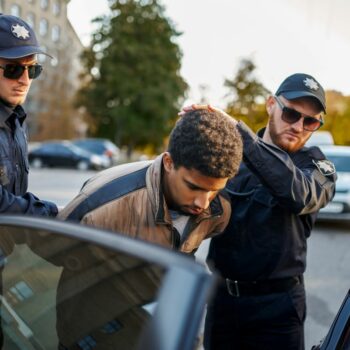 From a Legislative Perspective, it is Illegal to be Homeless in Virtually Every State in the USA, Except for Two – Oregon and Wyoming

This data comes courtesy of an investigative report first published by the National Homeless Law Center in 2019 and updated again in 2021. The report, entitled “Housing Not Handcuffs,” showed that 47 states had laws criminalizing homeless people engaging in life-sustaining activities.

At that time, Missouri was the third and final state that did not criminalize homelessness. However, in mid-summer of 2022, Gov. Mike Parson signed a new bill banning sleeping on state-owned spaces all across Missouri, effectively making pitching a tent on a public bridge or underpass a Class C Misdemeanor. That bill goes into effect on January 1, 2023, setting the tone for a new year of unjust incarceration.

In addition to 47 of the 50 states in the United States harboring anti-homeless legislation, these laws also exist in the District of Columbia.

All Across America, Being Homeless is a Crime

The phrase “human rights” is a defining term in the United States of America. Although few can truly define them, and many are denied them, these rights are at the heart of our national identity. Perhaps it is the fact that they sound righteous when we use them in a sentence that makes these rights so dear. A tiny bit of scrutiny, however, and it’s easy to see that human rights aren’t always that humane.

Take, for example, homelessness, an unfathomable condition that experts claim touches more than half a million American adults on any given night, not to mention millions of children ranging in age from infancy to adolescence each year. Homelessness only exists because housing isn’t on the list of things that constitute human rights.

The current legislative landscape does not boast a universal, irrevocable human right to housing. But rest assured that if you get caught by law enforcement being homeless, you are getting cited or going to jail merely for existing.

Subjecting human beings to the abhorrent condition of living on the streets is undoubtedly criminal. But it is downright heartless to make homeless people appear to be the perpetrators of criminality and to take the ruse so far as to even send them to jail in droves. Yet, all across America, this scenario is playing out.

Having homelessness isn’t a crime.

Engaging in unexpected layoffs, encouraging record-breaking inflation, dropping stock in sky-high mortgages so only the top percentage of earners can afford to purchase homes – none of these actions are crimes.

But if any of the aforementioned things should touch your life and force you into the desolate state of homelessness, then know this: You being homeless is a crime.

Here’s how that works.

Of course, the United States government doesn’t come right out and announce that they are criminalizing homelessness.

Politicians don’t stand behind podiums and ensure that by midnight, x number of homeless people are going to be hauled off to the county jail, their belongings tossed into massive garbage receptacles, their licenses lost, their documents missing, their life-saving medications never to be seen again. Nobody would support that.

Rather than reveal the true nature of these laws, politicians in cities across the country introduce what they call “quality of life ordinances.”

These laws are drafted under the guise of protecting the public and often presented to voters as protecting homeless people from perilous outdoor conditions. These “quality of life ordinances” encourage unsheltered individuals to come inside, or so we are all led to believe.

But what is really meant by “inside” is inside the insidious, labor-sucking, understaffed, overcrowded, vile, violent, and dehumanizing for-profit prison system.

As per the Housing Not Handcuffs report:

And this is really just to name a few.

In other words, if you are homeless, you can be cited and arrested for engaging in any of the following actions in public:

There are many reasons these laws are problematic. The most glaring of these is the fact that it’s impossible for a human being to survive without sitting, standing, sleeping, resting, or lying down.

Criminalizing Homelessness Costs Taxpayers Millions of Dollars. It is a Cruel, Ineffective Way to Overcrowd Prisons and NOT SOLVE the Homeless Crisis at Hand. So Then, Why Do It?

The answer, sadly, is profit. As it turns out, The Cicero Institute, a conservative think tank with hefty stock in the prison industrial complex, partnered with PragerU to try to convince voters and politicians alike that criminalizing homelessness is somehow for the good of the people. This corrupt mindset might be perpetuated by ignorance, but in the end, it is fueled by greed.

Tell Your Legislators to Make Housing a Human Right

Imagine a reality where rental prices have outpaced wages for 50-plus years, but you still need to be able to afford a home in order to stay out of jail. You. Are. Here.

Talk to your local legislators about turning some of these backward policies around by making housing a human right.

It’s hard for most people to discuss homelessness without discussing mental health. Even though only one-fourth of homeless people have serious mental health conditions such as schizophrenia or bipolar disorder...