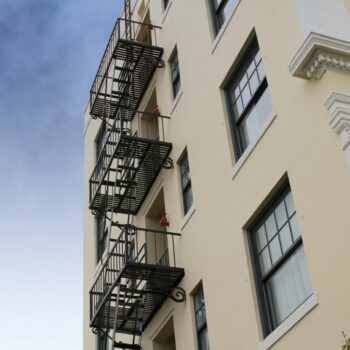 But unlike other cities in California, San Diego has had significant success in housing people through the Department of Housing and Urban Development’s Emergency Housing Voucher (EHV) program.

Introduced as part of the American Rescue Plan, the special-purpose voucher program is the first of its kind to offer emergency housing assistance to at-risk populations who aren’t veterans. The $1.1 billion program provides funding for housing, as well as up-front administrative costs, in more than 600 communities across the country.

San Diego’s EHV program leased at over 100 percent, while other cities in California have fallen far short of that goal. Long Beach has leased 55 percent of its vouchers, Santa Monica 31 percent, and Los Angeles a dismal 23 percent.

Success Attributed to Strong Relationships with Partners, Ability to Adapt to Changes

San Diego Housing Commission Executive Vice President of Rental Assistance and Workforce Development Azucena Valladolid, who administers the city’s EHV program, said several factors have contributed to its success. Chief among them is the existing relationship with the continuum of care that serves San Diego’s homeless population.

“We’ve had long-withstanding partnerships throughout the community because we’ve been long allocating some of our vouchers to these populations ourselves, so we’ve already had experience,” Valladolid said. “[For the EHV program] we partnered with 17 different community service providers… to provide initial and ongoing case management and other needs-based services. They help [clients] to fill out applications, gather the documentation that HUD requires in order to qualify, made sure that they came to the meetings and appointments, and stuff like that.”

“I think hiring a very specific team for helping people find units in a really tight rental market [was helpful],” Valladolid said. “Our vacancy rate is a little less than 1 percent, and sometimes these populations, they don’t have a credit history, they don’t have the first and last month’s down payment, and stuff like that. So, this team was really crucial to helping our families find rental units and helping them move in.”

Each household is allocated a total of $3,500 in household placement costs, which covers security deposits, renter’s application fee, and renter’s insurance. In order to further incentivize property owners, in some cases, Valladolid said the housing commission offered month-to-month leases, a $500 leasing incentive, and a deposit to hold the unit until the paperwork was done and the client was moved in.

“We learned fairly quickly that we needed to adapt to the new rental market and be a little bit more proactive,” she said. “So combined, we were really giving a holistic approach to this household and resolving their issues to get them through the process and get them moved in.”

Valladolid said the housing commission’s flexibility was critical to its success, as was the strength of its relationships with its partners. Cities that weren’t able to lease out all of their properties faced other struggles, like low vacancy rates and weak support systems. But the key to their failure to achieve 100 percent lease rates was a failure to adapt.

“We were able to pivot when it was needed, and I think that’s important,” she said. “You have to be nimble, and you have to have a multitude of solutions in order to make this work. There’s no one strategy that is going to equate to success. You have to do it all.”

Though San Diego was able to lease out 103 percent of its allocated EHV vouchers—a total of 494—it doesn’t even make a dent in the city’s homeless problem. Valladolid said the city has 130,000 people on its Section 8 waiting list.

“The need is always going to be greater than what the resources are,” she said.

The only recourse, she said, is more funding for housing.

Valladolid pointed to another HUD voucher program, stability vouchers, a permanent program nearly identical to the EHV program but much smaller, which she said should be expanded significantly. She also said Congress should distribute more money for administrative costs.

“We’re receiving more and more vouchers that are for special populations that have greater needs [such as those fleeing] domestic violence,” she said. “Housing authorities don’t necessarily have the sufficient funding to administer those survivors because they’re very high touch, high need, and we don’t have money to pay for supportive services that these families need. So I’d like to see more money in that area.”

She said the state of California needs to step up, as well, both in reducing some of the red tape to build affordable housing and to provide more funding for those who inhabit it.

“From a state level, there’s more money coming down the pipeline for the creation of affordable housing for the homeless population, specifically HomeKey,” Valladolid said. “What’s missing out of that allocation is a long-term permanent subsidy to help the people that you’re moving into those units.”

Valladolid said the HomeKey project has led to the development of several affordable housing projects, but that’s where the help stops.

“Once you move people in there, they may not have sufficient income sources to sustain, not rent, on an ongoing basis, which is why there’s such a taxing need on vouchers from the housing authorities,” she said. “So, the state needs to start to think about adding in a funding structure that would allow this rental subsidy of those units that are dedicated for homeless populations. And I think that’s a big component that’s been missing for a long time.”