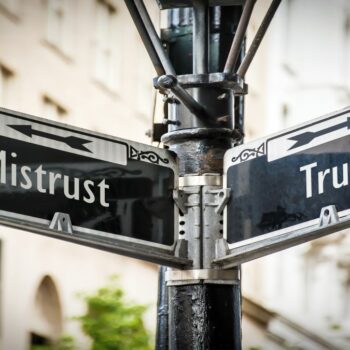 Trust is Hard Earned When Just About Everyone Despises You

With violence against unhoused people rampant, sick pranks an unfortunate possibility, and police officers as unhelpful as always, it’s difficult to know who you can trust when you’re homeless.

Being deplored by society at large can really take its toll on one’s faith in humanity. Although logically, it’s clear that not every person wants to actively do you harm, that doesn’t take away the fact that any person could. And it’s difficult, if not impossible, to tell one from the other.

On the whole, it’s safest to just assume that you can’t trust anyone when you’re unhoused. The risks of being wrong about someone are just too high to chance it very often. It could cost you your life.

When a ‘Good Samaritan’ Isn’t

You don’t have to look far to find stories of horrible things being done to houseless people under the guise of “helping them out.” And remember, the stories that make it to the news are only the ones that get reported. There are many more instances in which our unhoused neighbors simply suffer in silence.

One incident that grabbed headlines was when a San Antonio police officer gave a homeless man a literal shit sandwich while clearing an encampment. He then tried to pass it off like he was picking up dog poop with a slice of bread, a totally normal thing to do, and put it in a food container he thought was trash, then set the whole thing down near the man. Remarkably, the officer faced disciplinary action for this, almost got away with it due to a timing technicality but was suspended in the end due to an unrelated fecal foray. So, this is clearly “a thing” for him.

Unfortunately, this incident is relatively tame compared to many interactions homeless people regularly have with police. But it’s not just the police that unhoused people need to avoid to stay safe. Average, everyday people can also see homeless people as easy targets to take out their aggression. Violence against homeless people has been on the rise and too often results in significant injury or death.

Industry Workers Are Not Immune

By now, you may be thinking, sure, there are a lot of people who unhoused people can’t trust for their safety, but there are a lot of people who they can trust, too! People with hearts of gold who selflessly chose jobs where they get to reach out to homeless people and help them out every day. People like social workers, pastors, soup kitchen volunteers, and many more!

Unfortunately, there are many reasons a person might want to do such a job, and not all of them are out of the goodness of their hearts.

Most people involved in homeless outreach programs genuinely want to do some good in the world. However, a handful of people want authority over vulnerable people who have a reduced capacity to say “no” to them and cannot report their actions to legal authorities and be believed.

This is part of what makes some unhoused people wary about accepting help, signing up for services, or enrolling in the different programs available. They may have been buried before, heard stories from someone else who has had a bad experience, or may just be wary about certain people’s intentions. That’s a perfectly valid response to a potentially dangerous situation and a sign that the institutions need to change – not the people they’re meant to serve.

Women and children are often the victims of this abuse of power. For example, three women spoke out about their sexual assault by Pedro L Custodio, the pastor who founded and ran Our Father’s House of Refuge, the women’s homeless shelter where they were staying when the abuse occurred.

Or in the case of Danny Wells, a pastor in Atlanta who sexually abused a 10-year-old girl staying at The Garden Recovery Center. He, too, had founded a homeless outreach ministry. Likely not out of the goodness of his heart, but more to have access to a steady stream of victims who were likely to stay silent about his abuses.

Tragically, there are far too many known cases of this drastically underreported crime. It’s hard to know exactly how prevalent it is, but any number of victims is too high.

Then I Might As Well Not Even Try to Help, Right?

Hopefully, this background information shows why many unhoused people have developed a mistrust of potential “helpers” as a defense mechanism. Despite many myths about “service-resistant” homeless people, at our core, we all want the same things – to be safe and happy. We just have different ideas about how to best achieve that based on our specific contexts and lived experiences.

So, if you feel offended the next time an unhoused person rejects your well-intentioned offer of help, I hope you’ll remember this context. You may know that your intentions are pure, but they have no way of knowing for sure whether you mean them harm or not.

Instead of thinking things like, “well, if they were really struggling, they would take my half-eaten box of leftovers gladly,” remember that there are a lot of people out there who wish harm to homeless people and would gladly stoop to contaminating food, or worse.

If someone is not open to receiving help from you this time, it doesn’t mean they never will be. Invest time into getting to know the person and developing a relationship while respecting their boundaries. You may find that they eventually have an answer for you when you ask if they need assistance.

For the upcoming Innovations and Solutions to End Unsheltered Homelessness Conference, the Alliance staff tried something new: we asked you for presentation proposals to help shape the content of our conference. This...

The Justice40 Initiative Supports Clean, Sustainable Housing Construction and Climate Investments There are times when seeking justice can be exhausting. Newsfeeds and social media timelines are inundated with imagery...

National data about the prevalence of homelessness among older adults, including by race, gender, and other demographic characteristics, are needed to sound the alarm and galvanize a national response to ending older...