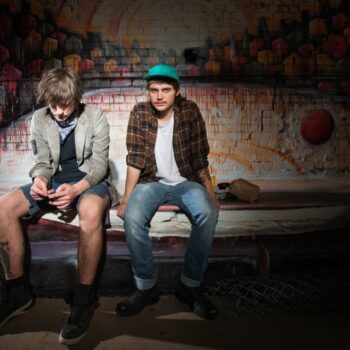 According to Canada Visa, the Great White North boasts an impressive literacy rate, with 90% of adults aged 25-64 possessing a high school diploma at the bare minimum and many of them holding one or more degrees in secondary education. Yet, if you visit one of the many overcrowded emergency homeless shelters in the region, you will quickly find a gaping discrepancy. 64% of homeless shelter residents never completed high school.

At first glance, this might seem like more of a personal problem than a social or structural issue. But further scrutiny shows that this is actually a vicious cycle of poverty and a lack of education spanning generations and almost always touching the same groups of individuals and families.

Here’s how it works…

Being Homeless Makes It Difficult, Nearly Impossible, to Complete High School. Lacking a High School Education Makes It Easier to Fall into the Throes of Homelessness.

Herein, we find two facts that create a cyclical pattern. Because of this pattern, the same people who experience homelessness as children are automatically more at risk for experiencing homelessness as adults.

This is not due to trauma or for lack of trying. It is mostly due to them facing serious educational challenges that do not affect their housed peers.

Education is the foundation of pretty much everyone’s future, especially in more industrialized societies such as Canada. How likely is it that a child struggling with the hardship of homelessness will somehow manage to graduate high school? According to the most recent data, not very likely at all.

Indeed, the vast majority of children experiencing homelessness from kindergarten through twelfth grade will never walk down the aisle in a cap and gown and be handed a diploma. Instead, they will walk out into a harsh world ill-prepared with nothing on their resume that indicates the amount of courage, intelligence, and perseverance they had to possess simply to survive.

“Studies find that 63% to 90% of youth experiencing homelessness did not complete high school despite being the age to have done so.”

Challenge the System: Why It’s Hard for Homeless Youths to Complete their Education

Quantifying homeless youth in Canada and across the world is a difficult endeavor. Many young people experiencing homelessness are not visibly out on the streets. They are more likely to be found in grandparents’ basements, on neighbor’s couches, or in a parked family RV.

Just because they’re harder to see doesn’t mean they are less homeless than people sleeping rough. It merely means they are less often counted and entered into the system.

From the available data provided mostly by homeless shelters across the country, approximately one in five Canadian homeless shelter residents are classified as young people or children. Meanwhile, teenagers and very young adults (between the ages of 13 and 24) make up a staggering 20% of the counted homeless population here in Canada.

According to Youth Without Shelter and the Homeless Hub, living through homelessness presents all of the following obstacles for children in grades K-12:

Without a High School Education, How Likely Are Canadian Youths to Obtain Generational Wealth?

With so much emphasis wrongly placed on the individual contributing factors of homelessness, we rarely view this state of affairs as an issue affecting generational wealth, yet that’s exactly what it is. Children who experience homelessness face impossible odds of graduating high school. They are more likely to pass down poverty to their children, even if they never manage to themselves become homeless again.

According to Michigan Future, 83.3% of six-figure income earners nationwide not only have a high school education but also hold a four-year degree in a specialized field. In stark contrast, unemployment numbers have broken records for Canadians without high school education.

Adding insult to injury, the top occupations available to people without a high school diploma are:

Many of the above-listed jobs are on their way to being automated, meaning they will not exist in the future because the tasks will be performed by robots.

Education is Already a Human Right, Yet Many Children Are Being Denied It Because Housing Is Not a Human Right

Get in touch with your local lawmakers about drafting policies that reduce youth homelessness and increase literacy rates by making housing a human right for all. The future of our society depends on it.

Now Serving Poverty When people say, “autumn is in the air,” they’re generally referring to crisp, breezy sweater weather, the scent of crumpled, colorful leaves underfoot, and the phenomenon of pumpkin spice everything...

Some 26,000 young people age out of foster care every year. One-fifth of them have nowhere to go. But an initiative in Washington state is looking to change that. In 2021, the state passed legislation to ensure that no...

Homeless Woman Faces Threat of Being Priced Out of Vehicular Homelessness Just when you think things can’t get worse, they do. You think you’ve sunk low enough, and well-meaning people tell you, “When you hit bottom...