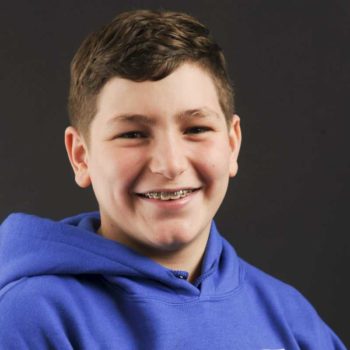 Donel Wheeler is a teenage author from Pennsylvania. Publishing two books entitled “Wanted” and “Unwanted,” Donel is a shining example of turning lived experience into inspiration for others.

“I’ve grown up without a father, and I wrote two books for kids like me. I was 12 when I published my first book. I am 15 years old now,” Donel said. “The back of the book pretty much sums it up. A child grows up without a father, thinking he is unlovable. It turns out there is lots of love in my life.”

His tragic beginnings have evolved into a feel-good story. But things were not always easy for the young go-getter.

“Most of the things that I went through included moving from house to house and being around a lot of questionable people,” Donel continued. “My father was never around at all. I have had three stepmothers in my life so far. He would just give up on me and give me to my stepmothers. I don’t know my real mother at all. All I know is that she lives in Texas.”

When asked about his unfortunate upbringing and distant relationship with his father, Donel shares his sadness.

“The thing I had the most trouble with was having some around to care for me. I never had someone there for me. There was no one to care for me.” The young author elaborated on the painful moments etched into his psyche:

“That is where the problems started,” Donel said. “Things were crazy living with him, and I can recall so many times that I feared for my safety.”

Donel continued, citing a unique example of his misadventures:

“My father got bit by a snake one time, and I was told to drive to the hospital. I was three years old and couldn’t even reach the pedals. After that, I was given away after he tried to shoot himself. The neighbors called my grandmother, and she came to pick me up. I stayed with her for a while. And then I was with my father again, before I ended up staying with my stepmother.”

And that’s when things got even worse.

“Then I remember sleeping in a car.”

Experiencing homelessness at such a young age was a lot of the inspiration behind his books. Working diligently to advocate for this and related issues, Donel spoke candidly about the litany of difficult experiences he experienced that no child should ever face.

“I have been lying in bed with one of my stepmothers and her boyfriend at the time while things happened that should not happen while a child is in the room,” he said. “After that, I went to my other stepmother when I was about four years old. Then after that, I was off to New York, hoping for stability.”

Donel recalls living with his grandparents in a downstairs setting, while his father lived an almost separate life upstairs.

“After that, he went to jail,” he said. “He went to jail multiple times, and I was in the car more than once when he was drinking and driving. I pretty much lived in our van after that.”

In New York, Donel remembers being exposed to violence. What would start as “roughhousing” and playfighting would devolve into domestic violence at the hands of his father, leading to more pain for the young boy.

“I was left with bruises, and my grandparents wouldn’t let me go back upstairs again after that,” he said. “He was pretty much just hitting me, and that was about it for us.”

Continuing to recap his journey, Donel explained how moving to another state would positively change his life. Relying on built-in supports available through family members, he was finally able to escape the clutches of violence, homelessness, and displacement.

“I’m in Pennsylvania now. Not New York. I live with my grandfather Mike, and my grandmother Kelly. I do not talk to my father anymore,” Donel admitted painfully. “I haven’t talked to him in forever. I used to have to see him, but a lot has changed.”

Explaining his current living situation with a renewed hope, Donel beams with pride as he discusses grandparents who stepped in and stepped up. And how his improved living situation gives him confidence for the future.

“I’m good now. My grandparents are incredibly good to me, and right now, they are doing everything for me. I am incredibly lucky. I feel like they would do anything for me. My grandmother would stick up for me. And I can talk to my grandfather about anything, whenever I need. I even have an awesome aunt who I am building a relationship with.”

While Donel is enjoying the fruits of his current destination, he is quick to recall the complicated journey to get here. He knows that damage has been done and that his health and wellness will require perseverance.

“Before this last book got started, I had a psychologist help me through a lot,” admitted the young man. “He was the best. I could not speak for myself and had no idea how to manage what had happened to me. I felt like I could trust him. The support is great, but other kids still try to bully me about my past, about my book, and because of my story. They don’t always realize what other people go through before they see the other side.”

Switching gears to a less painful topic of discussion, Donel decided to open up about the mission behind his writing.

“This book is not for me!” Donel proclaimed proudly. “I use this money to save for college and I give a lot of it to local homeless people, too. I have heard from people who reach out to me and tell me how much this book has meant to them. People everywhere are reaching out to me. This has meant so, so much to me!”

Coming to terms with the bullying that he still deals with at school, Donel uses his story as a badge of honor and tries to remember how far he has come.

“The other kids would call me names and make fun of me, saying I didn’t have a mother or father,” Donel continued. “It hurt, but now I shrug it off because, in my mind, I do have a mother and a father… they’re my grandparents.”

“I was also lucky enough to have a great friend named Ryan, who helped me out a whole lot, too. To this day, I still talk to him,” Donel said. “He had a similar background to mine, and I depended on him for support and guidance.”

Gushing with gratitude and hopeful energy, Donel recognizes that this is far from the end of his story. What makes this young author flow over with pride is not his immense resilience. No, in his case, it is the impact that he is having on others.

Admitting the challenges of carrying other stories, Donel focuses instead on the strength it brings him to be there for others.

“At first, I felt that their outreach was a little overwhelming, but that has changed,” he said. “Now, I am just grateful to help or lend them an ear. I am happy to support them and lend them guidance wherever I can. I just remember the times when I was homeless were just so hard. Nothing overwhelms me that much anymore.”

When looking to the future, the young man is already eyeing his happy ending.

“I just got an email from Notre Dame College in December. I am going to go to college for architecture and athletics. I want to make my life count,” he said. “I am ready!”

Between a passion for football and his dog Sapphire, Donel is keeping his young life full.

Still adjusting to life as an author, he continues journaling and focusing on becoming something he can be proud of. Recalling book signings at Dunkin’ Donuts, he smiles confidently about selling thousands of copies of his books before delivering his hopeful message one last time.